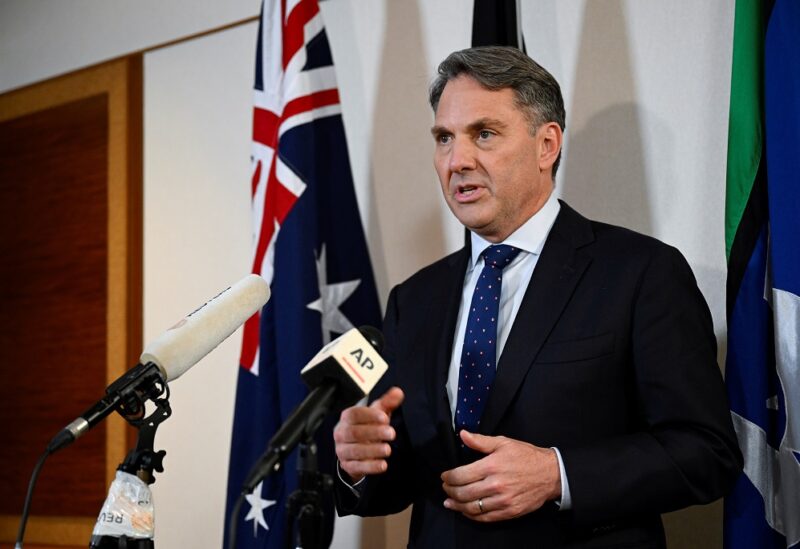 Australia’s defence minister said on Sunday that he hopes to strengthen defense connections with France, Germany, and the United Kingdom during trips to the European partners this week, citing the necessity of collaboration with like-minded nations as a result of the conflict in Ukraine.

The trip, which will take place from August 29 to September 1, will be Richard Marles’ first since center-left Labor won a general election in May.

The government said the France stop would help “restore and renew” their bilateral relationship, calling France one of Australia’s “oldest and most capable partners”.

Canberra hoped the settlement would help repair a rift after the previous government ditched the deal in favour of building nuclear-powered submarines with the United States and Britain under a new alliance dubbed AUKUS.

This week’s trip will also see Marles participate in a roundtable with German defence industry representatives, while in Britain he will visit shipyards, the government said.

“Our relationship with the United Kingdom is both historic and mutually beneficial, and is reflected through our continued commitment to AUKUS,” Marles said.

“My visit to Europe comes at a time when the war in Ukraine has shown the importance of increasing cooperation with likeminded partners, both in Europe and the Indo-Pacific.”

Also on Sunday, Foreign Minister Penny Wong said she would travel this week to nearby Papua New Guinea (PNG) and Timor-Leste.

Australia has moved to bolster relations in the Pacific amid growing Chinese influence, including a security pact between China and Solomon Islands in April.

She said she planned to discuss issues such as Australian support for Timor-Leste’s economic development and its bids to join the Association of Southeast Asian Nations and World Trade Organization.

“Australia is committed to working together with both Papua New Guinea and Timor-Leste in the interests of a stable, resilient and prosperous Indo-Pacific,” Wong said.