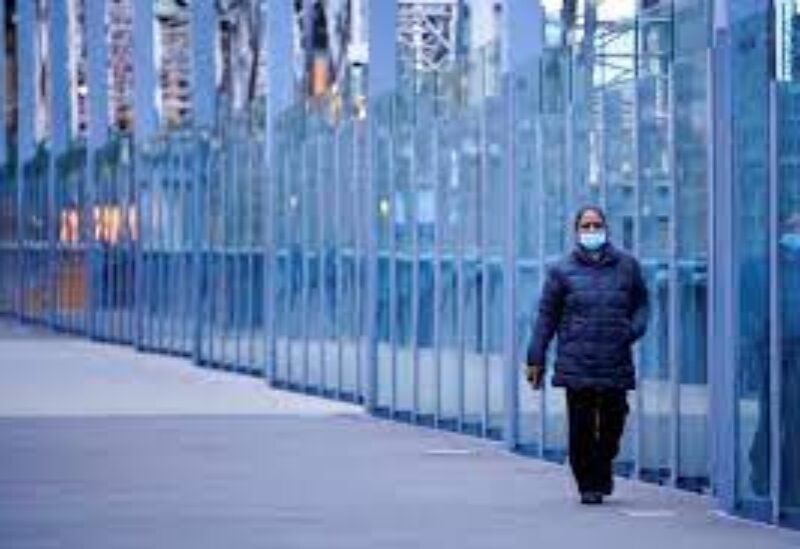 The outbreak has exposed serious problems in Australia’s pandemic response, including delays in acquiring vaccines, flip-flopping guidelines that led to widespread vaccine hesitancy, too-soft lockdowns, and loose quarantine at the international border, according to critics.

Officials reported 103 new cases on Friday, the bulk in Sydney with the remainder in Melbourne, taking total cases since the current outbreak began a month ago to above 1,000. Two people have died, 75 people are hospitalized with 18 in intensive care.

Not a huge number on a world scale, it was a sharp turnaround for a country that had experienced only small, localized flare-ups for several months.

From Friday, 40% of the country’s 25 million people – across Sydney, the outbreak epicenter, and the state of Victoria – were living under some form of lockdown conditions.

Of major concern to health officials is the fact that the proportion of people out in public while infectious remains stubbornly high despite Sydney residents heading into a fourth week of lockdown.

“I can’t stress to the community my absolute concern that we need to work harder at reducing mobility and reduce our interactions with others,” New South Wales Chief Health Officer Kerry Chant said.

The situation has fueled criticism of New South Wales state Premier Gladys Berejiklian’s approach to the crisis, with some health officials saying she was too slow to impose a lockdown in Sydney and then did not make it harsh enough.

Berejiklian, who has already extended the lockdown twice to a total of five weeks, on Friday pleaded with people to follow stay-home orders and said she would tighten restrictions if necessary. Her government has repeatedly declined to specify what businesses and personal movements count as essential, saying people should use “common sense”.

Many homestores and other non-food retailers, which have become virus hotspots, have remained open.

In neighboring Victoria state, where the virus travelled to Melbourne from Sydney via a returning family and a team of furniture movers, Premier Daniel Andrews kicked off a stricter five-day lockdown on Thursday evening, closing all retail stores.

“We had no choice,” Andrews said. “We can see what a thousand cases looks like, and we don’t want that.”

Both premiers have said the number of people in the community while infectious needed to be close to zero before restrictions were lifted.

Economists forecast the Sydney lockdown alone would cost Australia’s A$2 trillion ($1.5 trillion) economy around A$1 billion a week.

The fast-moving Delta strain is testing Australia’s previously successful approach of shutting its international border, imposing social distancing rules and swift contact tracing. That strategy had kept its exposure relatively low, with just over 31,500 cases and 912 deaths, but cracks are emerging.

Patient Zero in the Sydney outbreak was a limousine driver in his 60s who was infected while transporting international flight crews. The driver was unvaccinated, not wearing a mask, nor being tested regularly – all permissible at the time.

Morrison is under increasing pressure to speed up a slow inoculation drive that has vaccinated just over 10% of the population, well below many other developed nations.

While Morrison has blamed supply shortages of Pfizer’s vaccine and restrictions on the use of AstraZeneca’s vaccine because of rare blood clot links, critics have said he was too slow to lock in supply.

Health experts have linked vaccine hesitancy to the government’s changing advice on who was eligible for particular vaccines and when.

A graphic government television advertisement showing a young woman in a hospital bed hooked up to a ventilator sparked a backlash this week, given people under 40 cannot access a vaccine until the end of the year.