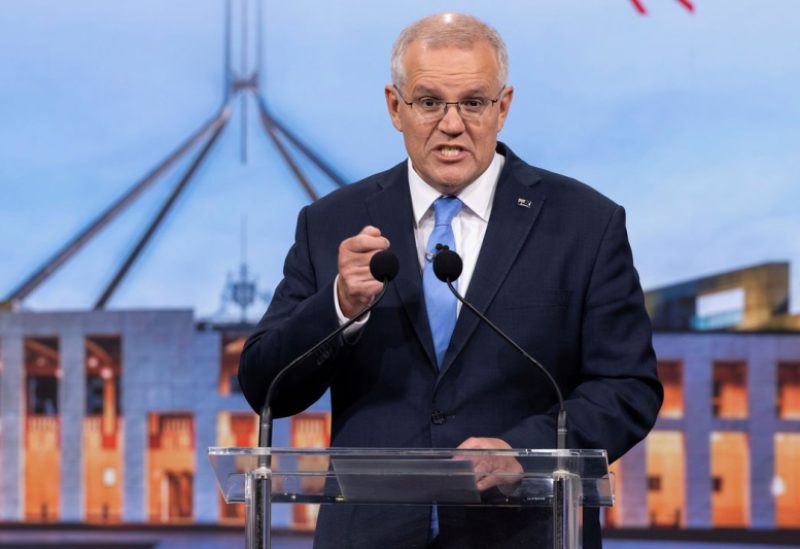 After an inquiry found his secret appointment to multiple ministries during the COVID-19 pandemic undermined trust in government, Australia’s parliament on Wednesday voted to censure former Liberal prime minister Scott Morrison.
Morrison, who lost power in a general election in May, secretly accumulated five ministerial roles during the pandemic: health, finance, treasury, resources and home affairs.
The historic motion, brought by the ruling Labor party, passed by 86 votes to 50 in the country’s lower house.
It marks the first time a former prime minister has been censured by parliament, though the motion is symbolic in nature.
“The fact is, that our democracy is precious,” Labor Prime Minister Anthony Albanese said during the debate, speaking in favor of censuring Morrison.
“There’s no room for complacency.”
Morrison has said his decisions were lawful, and that the decision was necessary in case ministers became incapacitated during the pandemic.
“For those who wish to add their judgment today on my actions in supporting this censure motion, I simply suggest that they stop and consider the following: have you ever had to deal with a crisis where the outlook was completely unknown?,” Morrison said in parliament before the vote on Wednesday.
“In such circumstances, were you able to get all the decisions perfectly right?“
Morrison said he had only used the powers on one occasion, to block BPH Energy’s PEP-11 gas exploration project.
He accepted the recommendations of an inquiry into the appointment, including legislation requiring public notice of ministerial appointments.