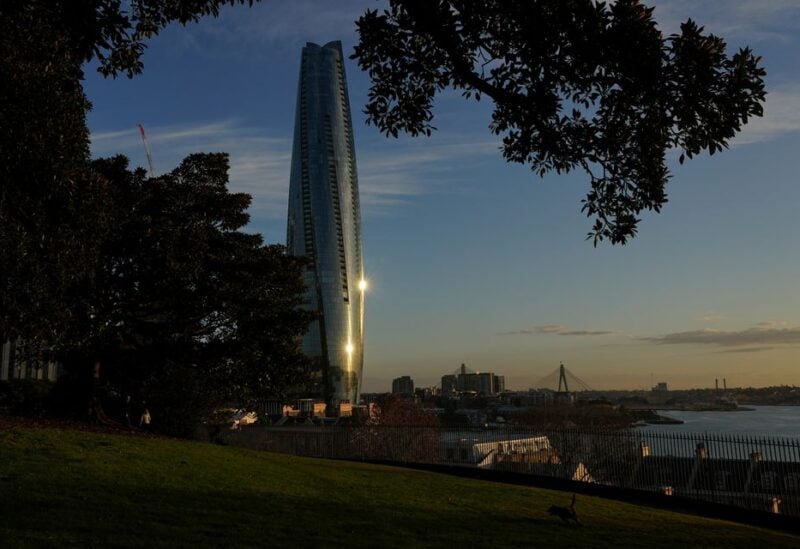 A small group of protesters on Tuesday painted slogans in support of climate action on Australia’s parliament and the prime minister’s residence, as the government failed to give assurances of stronger targets to reduce carbon emissions.

The action came after a United Nations report warned global warming is close to spiralling out of control, adding to mounting pressure on Australia – one of the world’s largest per capita carbon emitters – to cut greenhouse gas emissions.

Prime Minister Scott Morrison has resisted efforts to commit to a target of net zero emissions by 2050, and said again on Tuesday his government would prioritise investment in technology to lower emissions.

The protesters attempted to spray paint “climate duty of care” on the walls of the two buildings before police intervened. They also glued their hands to the parliament forecourt and set a pram on fire. A total of eight people were arrested.

“We take responsibility for our actions and are willing to face the consequences, unlike our politicians who won’t even acknowledge they have a duty of care to the children of this country,” said Lesley Mosbey, one of the protestors.

In April, Australia said it will spend A$566 million ($415 million) to co-fund research and pilot projects in green technologies.