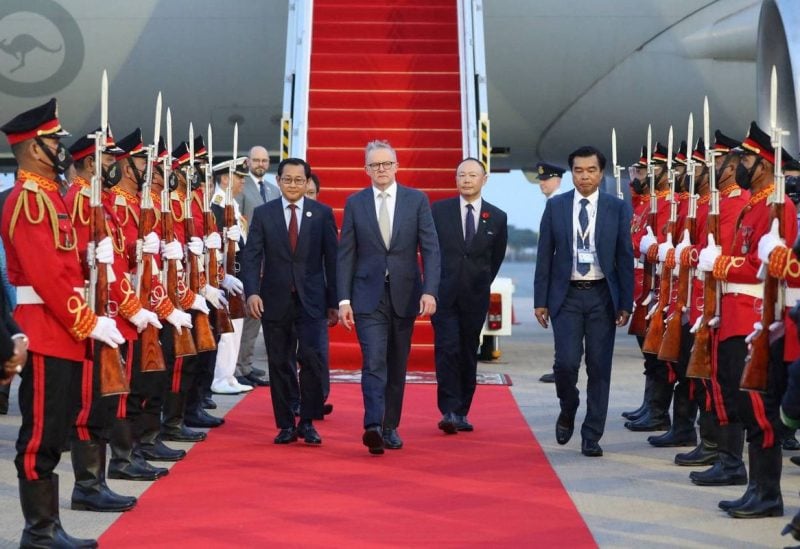 At a regional summit in Cambodia on Sunday, Australian Prime Minister Anthony Albanese briefly spoke with Chinese Premier Li Keqiang in preparation for a formal summit with President Xi Jinping.

The relationship between the two nations has worsened recently as a result of China imposing penalties on some Australian goods and responding strongly to Canberra’s request for a global investigation into the causes of COVID-19.

Albanese and Li spoke on arrival at an event held on the sidelines of the summit of the Association of Southeast Asian Nations (ASEAN) in the Cambodian capital of Phnom Penh.

“I say it was constructive, it was positive,” Albanese told a news conference later. “I think it’s a good thing it happened. I have said repeatedly about the relationship with China that we should cooperate where we can.

“And that dialogue is always a good thing.”

On Wednesday, the Australian leader said a meeting with Xi would be a positive development after years of tense relations.

Xi will attend the G20 meeting on the resort island of Bali, an adviser to Indonesian president Joko Widodo has said.

Albanese also held a 40-minute “constructive” meeting with U.S. President Joe Biden. Topics ranging from climate change and regional security to Russia’s invasion of Ukraine and the AUKUS partnership figured in the talks, he added.

Albanese said he invited Biden to address parliament when Australia hosts a meeting next year of leaders of the Quad regional grouping.

“Today we open an ambitious new chapter for the growing economic relationships between ASEAN, Australia and New Zealand,” Albanese said.