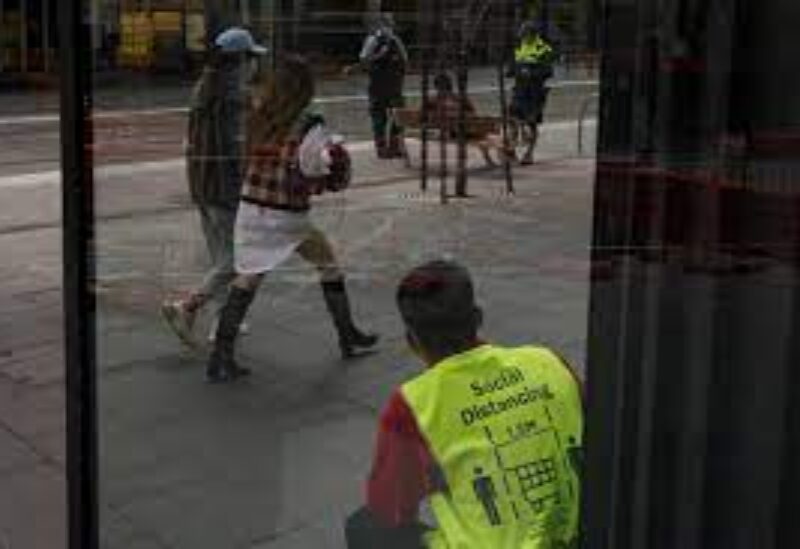 As vaccination rates rise across Australia, the federal government will reduce emergency support for those who lost jobs during the COVID-19 shutdowns, placing pressure on state and territory governments to keep their businesses running.

Because the federal government has decided to shut off funding once vaccination levels reach 80%, states and territories will have to foot the price if they opt to go into lockdown in response to new coronavirus outbreaks.

On Wednesday, Frydenberg told Seven News, “(This) emergency payment needs to come to a stop.” “If you look around the world, people are beginning to return to normalcy, learning to live with the virus in a COVID-safe manner.”

For several weeks, Australia’s two largest cities, Sydney and Melbourne, as well as the country’s capital, Canberra, have been under lockdown as the country battles a Delta variant-fueled third wave of the virus.

Australia’s A$2 trillion ($1.5 trillion) economy is on the verge of its second recession in as many years as a result of the shutdowns.

State and territory leaders, who have the right to block their borders under Australia’s federal system of government, have done so in other virus-free areas of the country, aiming to avoid importing infections from the hotspots.

The federal government, which has spent more than A$9 billion ($6.5 billion) to assist approximately 2 million people since June, wants all internal borders reopened once the national vaccination threshold of 80 percent is reached, which is likely in November.

Despite the formation of a national cabinet to coordinate a coordinated response to the epidemic, several state leaders have warned that they may not follow the national strategy.

Frydenberg said federal income support payments will begin to be phased out when a state reaches 70% vaccination. At that level, affected workers must reapply each week to confirm their eligibility. Payments will stop two weeks after the 80% target is met.

That means that New South Wales, the most populous state and one of the epicenters of the current outbreak, would lose payments within weeks. Around 62% of people in the state have been vaccinated, above a national average of 53%.

Queensland and Western Australia, which are currently not receiving any federal income support, have the lowest vaccination rates in the country, with both states not expected to reach 80% until mid-December.

New South Wales state, were Sydney is the capital, reported 863 new infections on Wednesday, level with a day earlier, and 15 new deaths.

State Premier Gladys Berejiklian said hospitalization rates at the current phase in the outbreak were lower than they expected as first-dose vaccinations topped 86%.

“We are tracking under what we envisaged we would, but there is no time for complacency,” Berejiklian said.

Victoria state, meanwhile, reported a record number of new infections for a second consecutive day, with 950 cases and seven deaths.