Austria to introduce lockdown for the unvaccinated 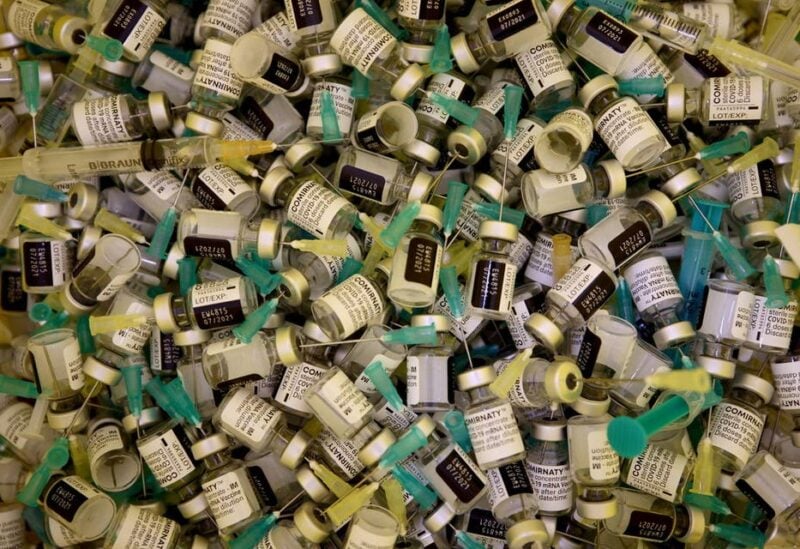 Empty Pfizer-BioNTech COVID-19 vaccine vials and syringes are seen in a disposal container at Austria Center, which has been set up as a coronavirus disease mass vaccination centre, in Vienna, Austria April 22, 2021. (File photo: Reuters)

Austrian Chancellor Alexander Schallenberg said on Friday that he wanted to introduce nationwide lockdown for the unvaccinated, as Covid cases in Austria hit record highs.
In Austria, only about 65 per cent of the population is fully vaccinated. Schallenberg described the rate as ‘shamefully low’
Salzburg and Upper Austria states have seen some of the worst case rates. These states are already introducing lockdown for the unvaccinated starting Monday.
The unvaccinated will not be able to leave the house except for reasons such as
buying essential supplies, exercise or seeking medical care.
“The aim is clear: we want on Sunday to give the green light for a nationwide lockdown for the unvaccinated,” Schallenberg told a press conference.
He said lockdowns across the country would be enforced with “random” spot checks.
The measure will have to be signed off by parliament and a meeting of the heads of regional governments over the weekend before it can be rolled out across the country.
Health Minister Wolfgang Mueckstein announced on Friday he would order compulsory vaccination for health workers but did not specify when this would enter into force.
Mueckstein said that availability in intensive care units in the hardest-hit areas was becoming “ever scarcer”.
Schallenberg said the government had been reluctant to consider the latest measure but justified it by saying: “The majority of the population, who have done the right thing, who have protected themselves — now we have to protect them too.”
“I don’t accept that the solidarity of the protected majority with the unprotected minority should go as far as a lockdown,” he said.
He called again on those who have not yet been vaccinated to get the jab.