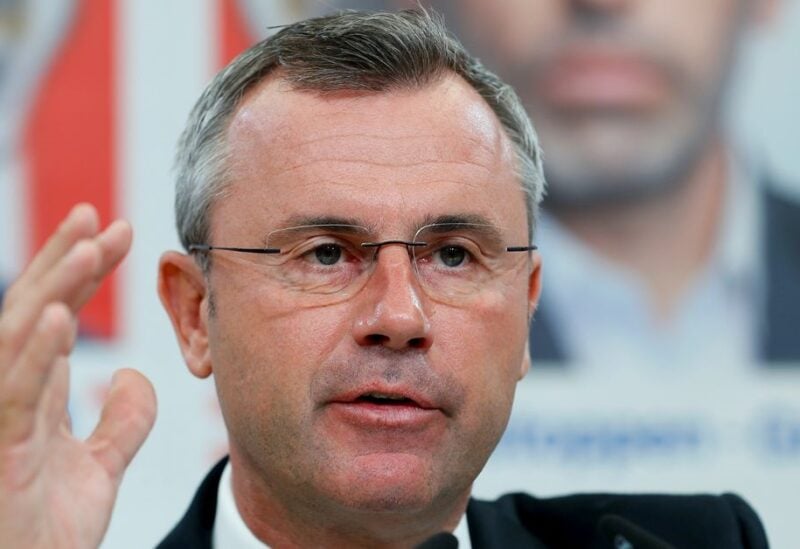 The leader of Austria’s far-right Freedom Party (FPO) Norbert Hofer stepped down on Tuesday but pointedly did not back his high-profile deputy and rival Herbert Kickl to succeed him.

Hofer, widely seen as the most likeable face of the anti-Islam and anti-immigration party that crashed out of government amid scandal two years ago, came close to winning Austria’s presidential election in 2016 only to lose a re-run.

He took over as leader from Heinz-Christian Strache after a video sting scandal in 2019 forced Strache to quit as Austrian vice chancellor and brought down a coalition government led by conservative Sebastian Kurz, who now governs with the Greens.

“In the past months it has been possible to stabilize the party again and bring it close to the 20% mark in opinion polls. I have thus set up the party so that it can be successful in the coming years as well. My own journey at the head of the FPO, however, ends today,” Hofer said in a statement by the party.

The statement did not say why Hofer, 50, was quitting but referred to recent treatment for back problems. He has walked with a cane since a paragliding accident in 2003.

There have been several reports in the Austrian media of a rift with Kickl, a more abrasive figure who takes a harder line on opposing coronavirus restrictions and attacking Kurz.

His announcement still stunned the party that has long been running third in polls behind Kurz’s conservatives and the opposition Social Democrats.

“I was surprised by the events of the day,” party heavyweight Manfred Haimbuchner, FPO leader the province of Upper Austria, said in a statement.

On the next leader, Hofer’s statement said only: “I wish my successor in this post good luck for the future.”