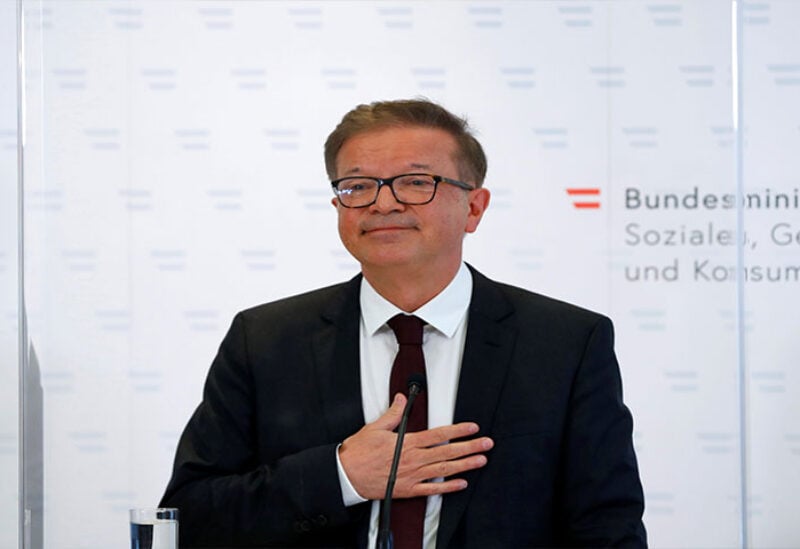 Austria’s health minister Rudolf Anschober has said he is stepping down because of exhaustion.

Anschober, 60, was appointed in January 2020 and led the country’s health response to the pandemic. “In the worst health crisis in decades the republic needs a health minister who is 100 percent fit,” he told reporters. “That is not currently me.”

He said his 15 months in office had “felt like 15 years”. Chancellor Sebastian Kurz said his minister had “sacrificed himself for our country”.

Anschober’s replacement in the coalition government has been named as Wolfgang Mückstein, a trained doctor and fellow Green Party member.

He explained that he had been suffering from a number of health complaints including high blood pressure, circulation and blood sugar issues.

“In a pandemic, no-one is free of mistakes,” he said, defending the government’s record. “I believe that despite mistakes, a lot was done right in this country.”

Austrian President Alexander Van der Bellen thanked Anschober “in the name of the Republic and also personally for your untiring work in this infinitely difficult and stressful time of the pandemic”.

Chancellor Kurz, meanwhile, said the minister’s decision to resign showed the impact of the pandemic not just on the individual, but also on a person in authority “who is on duty day and night and must make decisions”.