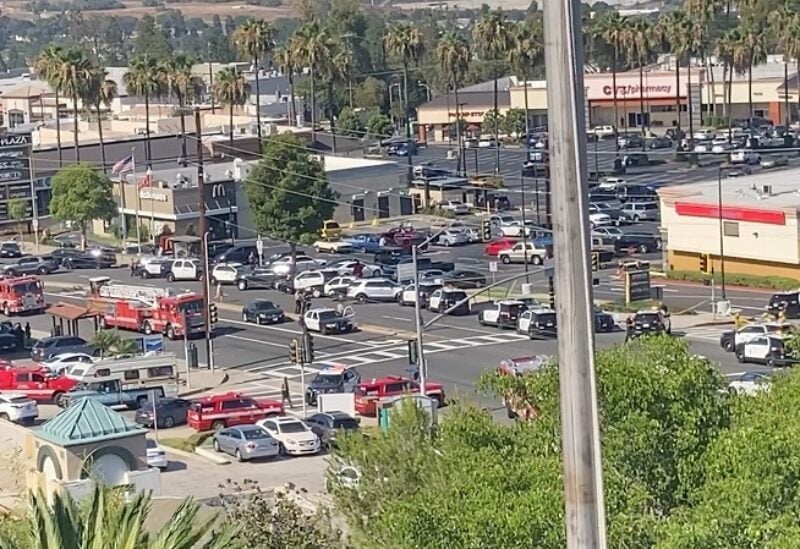 Emergency vehicles and personnel work following a shooting at Peck Park, San Pedro, Los Angeles, California, U.S., July 24, 2022 in this screen grab taken from a handout video. Cat Le Day/Handout via REUTERS THIS IMAGE HAS BEEN SUPPLIED BY A THIRD PARTY MANDATORY CREDIT NO RESALES. NO ARCHIVES

During a car show was being held at Los Angeles park on Sunday, gunfire erupted and led to the injury of at least seven people.
The LA Police Department said the shooting occurred around 3:50 p.m. at Peck Park in LA’s San Pedro neighborhood. The LAPD tweeted it wasn’t an active shooter situation but provided no more information.
The LA Fire Department said the incident occurred at or near the car show and that at least three people suffered gunshot wounds and two of them were in critical condition. Seven people overall were injured and taken to hospitals, according to the fire department.
Peck Park is about 20 miles (32.19 kilometers) south of downtown Los Angeles.