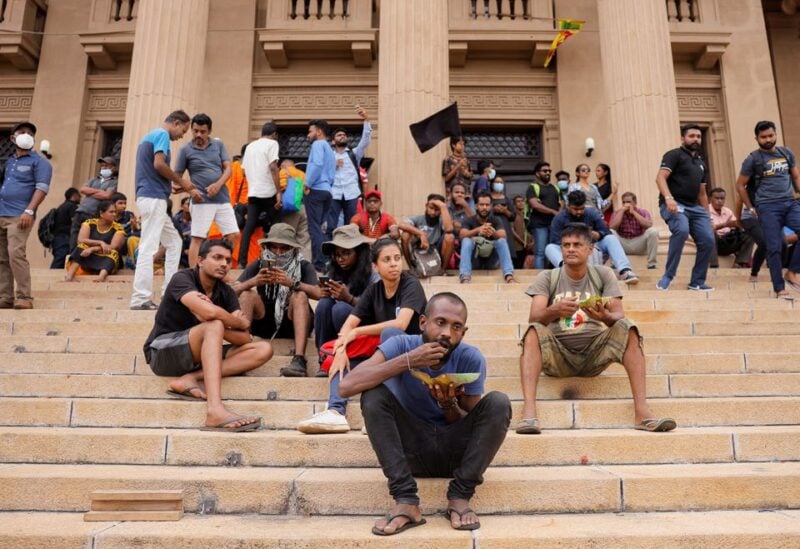 On Sunday, Sri Lankans explored a ransacked presidential palace as peace returned to the nation’s commercial metropolis, Colombo, a day after demonstrators stormed the structure and prompted President Gotabaya Rajapaksa to tender his resignation.

Rajapaksa is expected to resign on July 13 according to the speaker of parliament, and Prime Minister Ranil Wickremesinghe also announced he will stand down to allow an all-party interim government to take over.

The political chaos could complicate efforts to pull Sri Lanka out of its worst economic crisis in seven decades, triggered by a severe shortage of foreign currency that has stalled the imports of essentials like fuel, food and medicines.

The International Monetary Fund (IMF), which has been in talks with the Sri Lankan government for a possible $3 billion bailout, said on Sunday it was monitoring events closely.

“We hope for a resolution of the current situation that will allow for resumption of our dialogue on an IMF-supported programme,” the global lender said in a statement.

Frustration with the economic crisis boiled over on Saturday as a huge crowd surged into the presidential palace, some taking the opportunity to frolic in its swimming pool.

About 45 people were brought into a main hospital on Saturday, a hospital official said, but there were no reports of any deaths.

On Sunday, amazed ordinary folk took the opportunity to inspect the colonial-era building. Members of the security forces, some with assault rifles, stood outside the compound but did not stop people going in.

Among those taking a look was 61-year-old handkerchief seller B.M. Chandrawathi, who sauntered into a first-floor bedroom accompanied by her daughter and grandchildren.

“I’ve never seen a place like this in my life,” Chandrawathi told Reuters as she tried out a plush sofa.

“They enjoyed super luxury while we suffered,” she said. “We were hoodwinked. I wanted my kids and grandkids to see the luxurious lifestyles they were enjoying.”

Nearby a group of young men lounged on a four-poster bed and others jostled for turns on a treadmill with a view, set up in front big windows overlooking manicured lawns.

The economic crisis developed after the COVID-19 pandemic hammered the tourism-reliant economy and slashed remittances from overseas workers.

It has been compounded by large and growing government debt, rising oil prices and a seven-month ban on importing chemical fertilisers last year that devastated agriculture.

Headline inflation in the country of 22 million hit 54.6% last month, and the central bank has warned that it could rise to 70% in the coming months.

Sprawled on an ornately carved wooden sofa, Wasantha Kumara said he had spent the night inside the president’s house, where a section of the main sweeping staircase was damaged.

Nearby, a handwritten poster read: “Watch as much as you want. Don’t destroy or loot.” A smashed vase lay next to it.

The pool’s water had turned murky by Sunday and no one was seem swimming.

Kumara, a 33-year-old government employee, said he was keen to see Rajapaksa keep his promise to step down on Wednesday.

Speaker Mahinda Yapa Abeywardena said on Saturday Rajapaksa’s decision to step down was taken “to ensure a peaceful handover of power”.

Wickremesinghe, a six-time premier also seen by protesters as part of the ruling elite, also agreed to step down, his office said. A part of his private residence in an affluent Colombo suburb lay in ruins, after protesters attacked it and set on fire late on Saturday.

Neither Rajapaksa nor Wickremesinghe were in their residences when the buildings were attacked.

Details of a transition of power were not clear. The speaker had outlined proposals from a meeting of political parties on Saturday that would include parliament picking an acting president within a week.