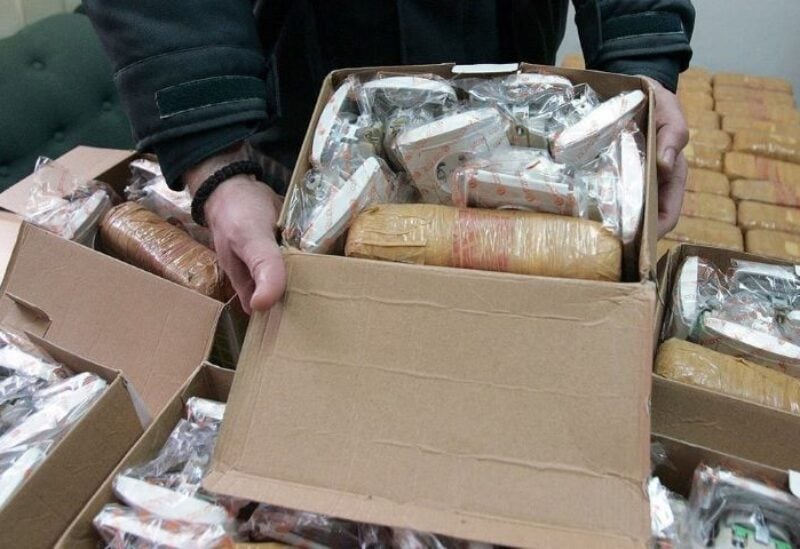 shipment of 33,5 kilos of duct-taped heroin in boxes with electricity inlets

Azerbaijan has confiscated more than half a tonne of heroin, one of the biggest ever seizures in the country situated on a major smuggling route to Europe, officials said Monday.

The state customs committee said in a statement that its officers in the town of Bilasuvar – the Caucasus nation’s south-east – inspected a car traveling from Iran to EU member Latvia.

The statement added that 527.6 kilograms, about 1,160 pounds, of “heroin were found during the inspection.”

It referred to territories in the Nagorno-Karabakh region that were under the de-facto control of neighboring Armenia until last November, when Yerevan ceded the disputed lands to Baku following a deadly six-week war.

According to the committee, since the “restoration of Azerbaijan’s territorial integrity” criminal groups have started using Azerbaijan’s customs and border points to smuggle drugs.

Azerbaijan has in the past reported numerous incidents involving drug traffickers attempting to cross over from Iran, with hundreds of kilograms of heroin seized annually.

The oil-rich ex-Soviet Caspian nation lies on a major drug smuggling route from Afghanistan and Iran to Europe and Russia, according to the 2016 International Narcotics Control Strategy Report released by the US Department of State.