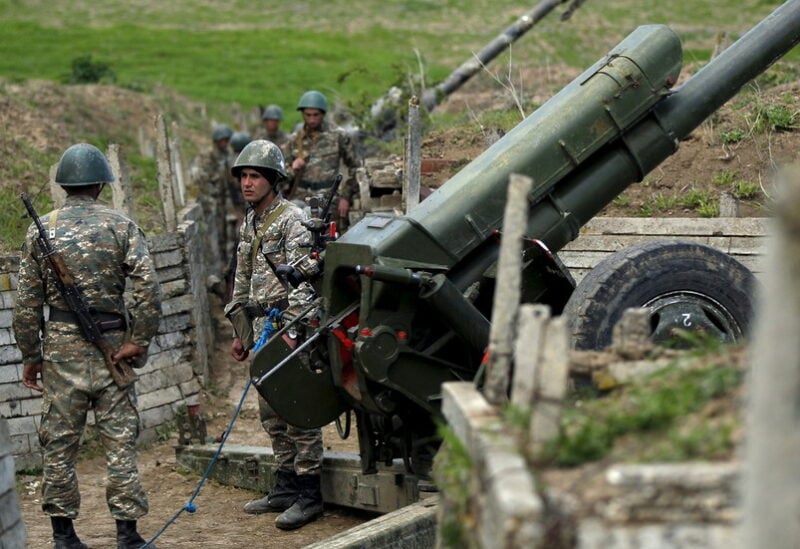 Azerbaijan captured 6 Armenian servicemen in the early hours of Thursday morning, the defense ministries of both countries reported, the latest twist in a simmering border dispute.

The Armenian soldiers were accused by the Azeri defense ministry of trying to cross into Azeri territory. Armenia’s defense ministry noted that its soldiers had been carrying out engineering work in the border area of its eastern Gegharkunik region, which neighbors Azerbaijan.

In separate comments, Armenia’s acting premier Nikol Pashinyan called for international observers from Russia or other countries to be deployed to a part of Armenia’s border with Azerbaijan, where he said there was tension.

“I call on the international community and my proposal is also directed at the leadership of Azerbaijan,” Russian news agencies quoted Armenia’s PM as saying.

“Let’s agree that the military units from both sides rapidly move away from the border and return to their permanent bases, and station international observers from Russia or other countries in the OSCE Minsk Group.”

Earlier this month, Armenia accused Azerbaijan of sending forces across the border, which underscored the fragility of a Russian-brokered ceasefire that stopped 6 weeks of fighting between the Azeri army and ethnic Armenian forces last year.

That conflict saw Baku drive ethnic Armenian forces out of swathes of territory they had controlled since the 1990s in and around the Nagorno-Karabakh region.

On Tuesday, Azerbaijan denied accusations by Armenia that it had fired across the border at Armenian positions, in a shootout in which Armenia said one of its soldiers had been killed.