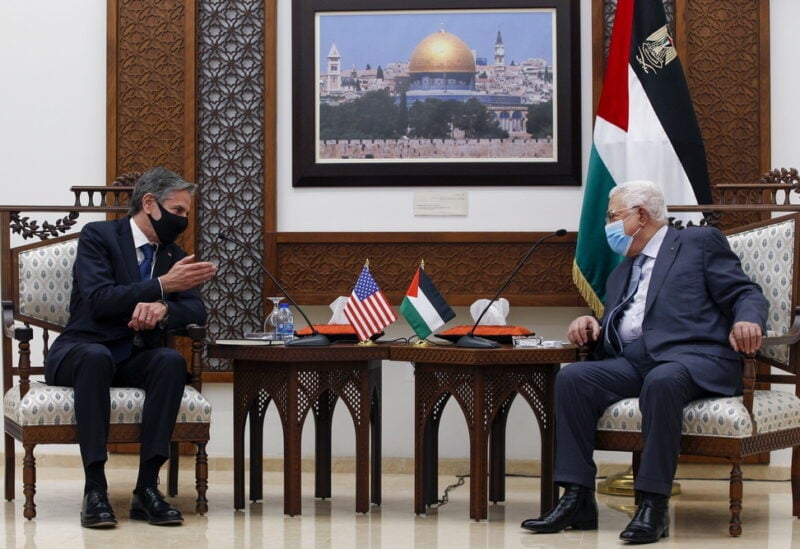 Palestinian protesters have taken to the streets of Ramallah to protest a visit by US Secretary of State Antony Blinken to the West Bank city and his meeting with Palestinian President Mahmoud Abbas.

The demonstration, which was organized by the Palestinian National and Islamic Forces, took place on Tuesday.

Before being met with police, the participants marched in Ramallah, chanting slogans such as “America is the head of the snake,” “Security coordination is shameful,” and “The Olso Accords are gone.”

Some protesters carried placards reading, “Blinken, you are not welcome!” “Stop funding Israeli terrorism,” “No justice, No Peace, US out of Middle East” and “Palestinian lives matter.”

They also carried mock coffins of children who lost their lives during the recent Israeli onslaught on the blockaded Gaza Strip.

Tel Aviv launched the bombing campaign against Gaza on May 10, after Palestinian retaliation against violent raids on worshipers at the al-Aqsa Mosque compound and the regime’s plans to force a number of Palestinian families out of their homes at Sheikh Jarrah neighborhood of Jerusalem al-Quds.

Apparently caught off guard by unprecedented rocket barrages from Gaza, Israel announced a unilateral ceasefire on May 21, which Palestinian resistance groups accepted with Egyptian mediation.

According to Gaza’s Health Ministry, 253 Palestinians were killed in the Israeli offensive, including 66 children and 39 women, and 1948 others were wounded.

Political activist Amal Khraisheh, who took part in the demonstration, stressed, “America’s pro-Israel policies have to change to achieve real peace and justice in the Middle East.”

During a meeting with Blinken, Abbas said the reinforcement of the Gaza truce paves the way for the prompt start of a political process that ends the Israeli occupation of Palestine under the supervision of the Middle East Quartet and in line with international legitimacy resolutions.

The top US diplomat, for his part, announced plans to provide tens of millions of dollars in aid to Gaza.

He also said the process to reopen the US Consulate in al-Quds will begin soon. The measure will restore ties with the Palestinians, which had been downgraded by the administration of former US president Donald Trump.