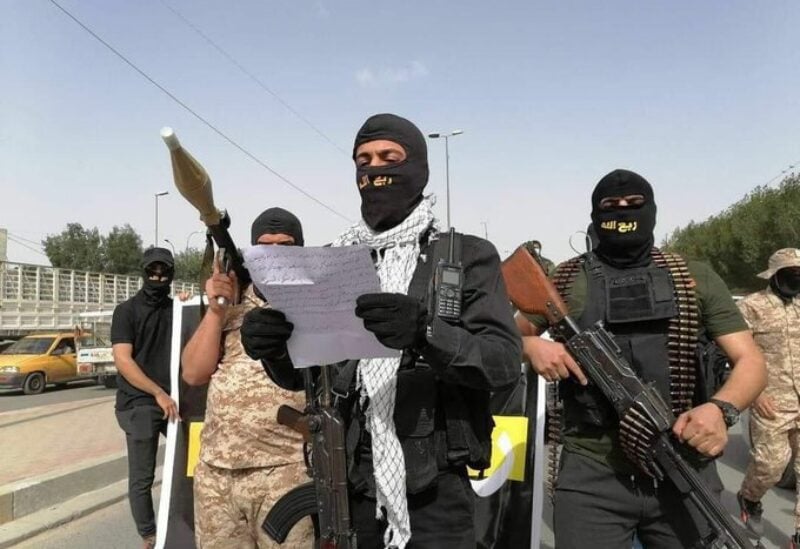 Videos on social media showed dozens of members of the Raba Allah militia roaming the streets on Thursday morning in military pickup trucks and SUVs.

Some wore masks engraved with the group name and held Rocket Propelled Grenades as well as rifles.

In a statement read by one of the militants, the group said it wants to show solidarity with the Iraqi people who live under an “oppressive American occupation,” describing the Iraqi government as “accomplice and agent.”

Thursday’s deployment is a “threatening message to the American and his agents and to bring comfort and strength for the Mujahedeen [holy warriors] in this beloved country.”

They also called on the government to approve the delayed budget in parliament and reconsider the devaluation of the Iraqi Dinar, introduced by the government in December to cope with the acute economic crisis.

“All political parties inside the government must be aware that we will not be silenced if the people’s demands, mainly in the southern provinces, are not met in the budget,” the statement concluded.

The government did not respond to a request for comment on the militia parade.

Raba Allah is one of more than a dozen smaller, lesser-known Shiite militias formed last year.

They are seen as new offshoots of a network of powerful Iran-allied militias that officially come under official Iraqi security services, but in reality, most operate with little government oversight.

They are known for attempting to enforce specific religious strictures at a time when government authority is scattered and weak.

They are behind attacks on alcohol shops and parlours.

They are also accused of launching bombs and missile attacks on US assets in Iraq, seemingly in retaliation to the killing of Iranian commander Qassem Suleimani and Abu Mahdi Al Muhandis, Iraq’s top militia leader, in a US drone strike last year.

In one incident, the Counter-Terrorism Service arrested 14 militiamen for planning a rocket attack on Baghdad’s Green Zone, but they were released days later and the case against them dropped.

But he has taken small but important steps to restrict their moneymaking activities at airports, ports and through government payroll scams.