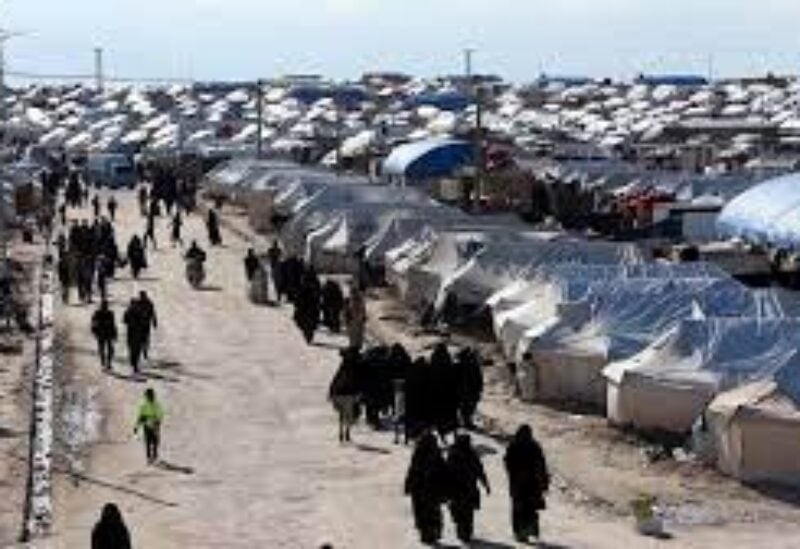 Fearing that Al Hol detention camp from becoming the next ISIS breeding ground, Iraqi Minister for Migration and Displacement, Evan Jabro, said on Wednesday that Baghdad had already started the process of repatriating 500 Iraqi families living in Al Hol.

But Ms Jabro said the process had been delayed by the Covid-19 pandemic and security concerns.

“These families want to go back to the place of origin, and also for the majority of these families, there was a vetting process and it appeared they had no relations to ISIS,” she told an online panel hosted by the US Institute of Peace.

“The majority of people returning were women and children who were the victims of ISIS.

“A few of these displaced were members of ISIS, either a father or a member of the family.

“But of course, we cannot condemn the wife and children for the crime of the father or the husband because traditionally, the woman follows the husband and has no choices at this point.”, who said they posed a threat to their communities.

Ms Jabro called Al Jadaa “a centre for social rehabilitation” and pledged that the families would be “reintegrated in their communities of origin”.

She said the institute was collaborating with the Iraqi government to repatriate the families.

The internal tension will increase as the Kurdish-led administration in north-east Syria comes under growing international pressure to clear the camp.

Iraqis make up about half of the 62,000 people detained in Al Hol and more than 80 per cent of its population consists of women and children.

“The people in the Al Hol camp were victims of ISIS,” Ms Jabro said. “They faced lots of violence, exploitation of women and children.

“So, it is a duty of the Iraqi government to support all Iraqis in Iraq and abroad.”

Planning Minister Khalid Najm told the panel that Iraq is also working with Saudi Arabia on deradicalisation programmes for Iraqis returning from the camp.

“The Saudis said that this programme was quite successful in the kingdom because they were able to change the life of radicalised people that were integrated in society,” Mr Najm said.

He called for more international support to “work on both social and psychological rehabilitation” for returning Iraqis, as these issues compounded security problems.