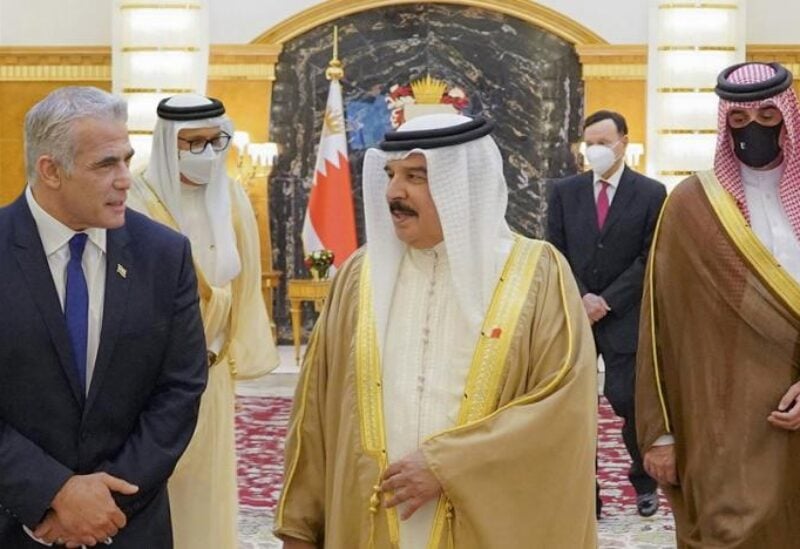 The officials reviewed the progress of bilateral relations, and the steps that would contribute to broadening areas of cooperation between the two countries, in light of the signing of the Declaration Supporting Peace and the principles of the Abraham Accords, reported Bahrain’s state news agency (BNA).

King Hamad stressed that the signing of the agreements is “an important historic accomplishment towards achieving a just, lasting and comprehensive peace in the Middle East, as well as meeting the aspirations of the peoples of the region for security, stability and prosperity.”

“Peace is a strategic option for the kingdom, and that Bahrain’s vision and approach are based on fostering the values of understanding, dialogue, cooperation, peaceful coexistence, tolerance and rapprochement among peoples,” he added.

The kingdom is keen to support all efforts aimed at achieving peace, stability and development that would benefit all, continued King Hamad.

He highlighted the role played by the United States in reaching peace agreements, and efforts to push peace forward for the sake of ensuring a more prosperous and stable future for all the peoples of the region.

Lapid had arrived in Bahrain on Thursday, making him the most senior Israeli official to visit the kingdom since their countries established official ties in 2020.

Later on Thursday, he, along with his Bahraini counterpart Dr. Abdullatif Al-Zayani, inaugurated the Israeli embassy in Manama.

Lapid expressed his appreciation for the warm reception and hospitality, hoping the people of Israel and Bahrain can live in peace and prosperity, reported BNA.

Zayani said the opening of the embassy reflects the growing cooperation and common interests between their countries.