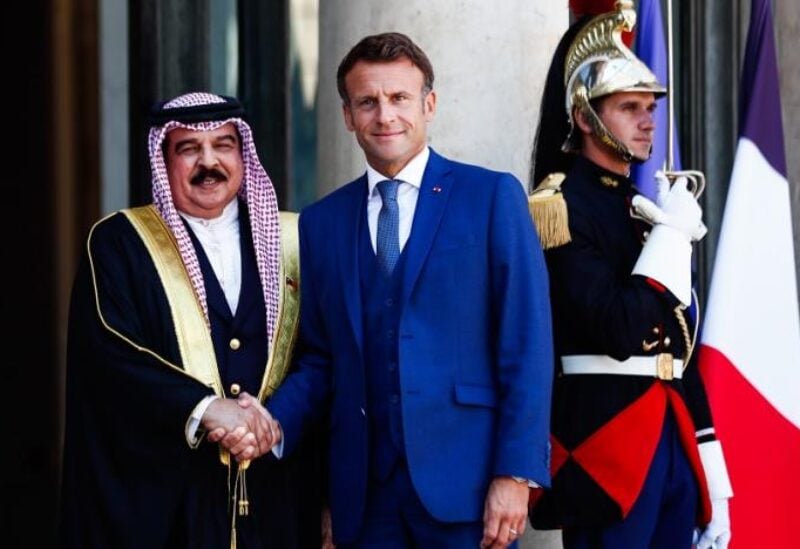 They tackled ways to resolve these issues through peaceful and diplomatic means in a way that would guarantee global peace and prosperity.

King Hamad and Marcon also reviewed the climate challenges facing the world and discussed mechanisms of joint coordination to address them, in order to ensure the protection of the global environment, through joint international initiatives under the framework of the United Nations and its agencies.

The leaders addressed ways to boost bilateral relations and cooperation between their countries at all levels.

They stressed the importance of developing bilateral relations towards broader horizons, particularly in the economic, trade, investment, cultural and tourism sectors to achieve common benefits.

King Hamad expressed his sincere gratitude to Macron for his remarkable efforts in strengthening the long-standing relations of friendship and cooperation between their countries and peoples, in a way that achieves their top interests across various fields.

He noted the steady growth that relations are witnessing, which reflects the unique nature of the friendly Bahraini-French ties.

King Hamad praised the pivotal role played by France in strengthening the pillars of security and stability in the world, hailing its “commendable” efforts to bolster global peace and security despite the ongoing challenges.

He reiterated Bahrain’s stance in support of peace, coexistence and tolerance across the world, in addition to its belief in dialogue, settlement of disputes through peaceful and diplomatic means, as well as its rejection of terrorism, violence and extremism.