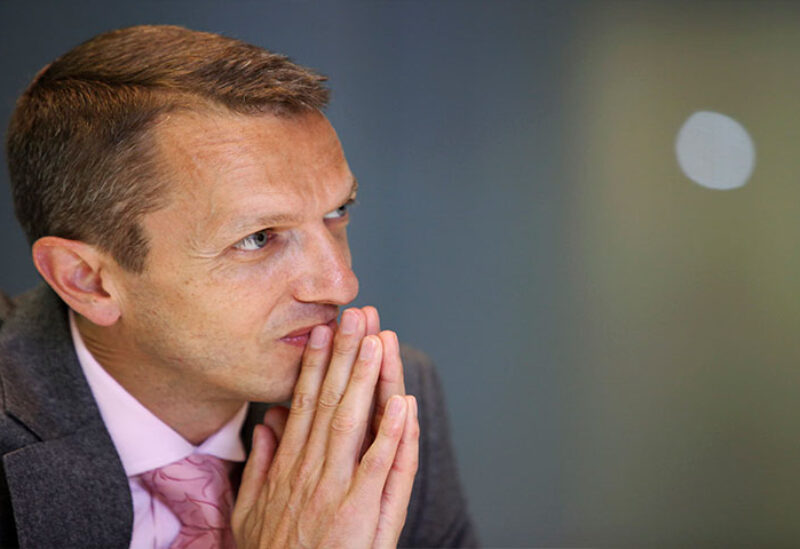 Bank of England chief economist Andy Haldane warned central bankers across the globe to keep a close eye on prices.

He compared inflation to a “tiger” that has been woken up and could prove difficult to tame.

Haldane said in a speech published online, that a post-lockdown surge in demand could put pressure on coronavirus-hit economies, particularly the UK which has endured almost 12 months of movement curbs.

Calling inflation a “tiger” whose tail central banks “control”, Haldane said it “has been stirred by the extraordinary events and policy actions of the past 12 months”.

“The Covid crisis has resulted in an unusually high degree of uncertainty about the future path of inflation,” Haldane said.

“We might see a sharper and more sustained rise in UK inflation than expected, potentially overshooting its target for a more sustained period, as resurgent demand bumps up against constrained supply.”

Britain’s main inflation rate is currently below 1 percent, with the BoE expecting it to reach its 2 percent target by the first quarter of 2022 and to settle just above thereafter.

Haldane said it is right for analysts to urge central banks to be cautious about “acting too conservatively by tightening policy prematurely”.

“But, for me, the greater risk at present is of central bank complacency allowing the inflationary (big) cat out of the bag,” he said.

While global economies typically take years to emerge from recessions, Haldane said the Covid-19 crisis is different because many households and companies have built up cash during a series of lockdowns that prevented spending.

People living in the US, for example, now have excess savings of about $1.5 trillion, with the eurozone figure at almost $0.5 trillion.

“In the UK, the picture is much the same. Excess savings currently total around $210 billion for households and over $140 billion for companies, with the lion’s share of these savings in highly liquid bank deposits,” said Haldane.

“This leaves money growth, or accumulated liquid savings, in a very different position than at the time of the global financial crisis.”

While Haldane said it is unclear how much of those savings will be spent, the Monetary Policy Committee said about 5 percent would be spent post lockdown in a conservative estimate, something Haldane said is likely to increase the willingness of households and companies to take risk.

Unlike the global financial crisis, which blunted consumer spending for a sustained period, leading to long-term scarring on both the demand and supply sides of the economy, Haldane expects the behavioral response after the pandemic to be very different.

“People’s appetite to spend and socialise has been artificially suppressed. This increases the chances of an overshoot as restrictions are removed, as after previous episodes of suppressed animal spirits. Risk-switching is, for me, more likely than risk-scarring,” he said.

However, weak investment during the pandemic could hamper the economy’s capacity to meet a surge in demand, which in turn could lead to higher inflation.

As a result, Haldane said the BoE must be prepared to tighten monetary policy, which could see the policymaker increase interest rates or rein in quantitative easing.

“For me, there is a tangible risk inflation proves more difficult to tame, requiring monetary policymakers to act more assertively than is currently priced into financial markets,” he said.

Earlier on Friday, BoE governor Andrew Bailey said he expects an economic contraction in the first quarter, but the pace of Britain’s vaccination program offers hope that Covid-19 restrictions will lift soon.