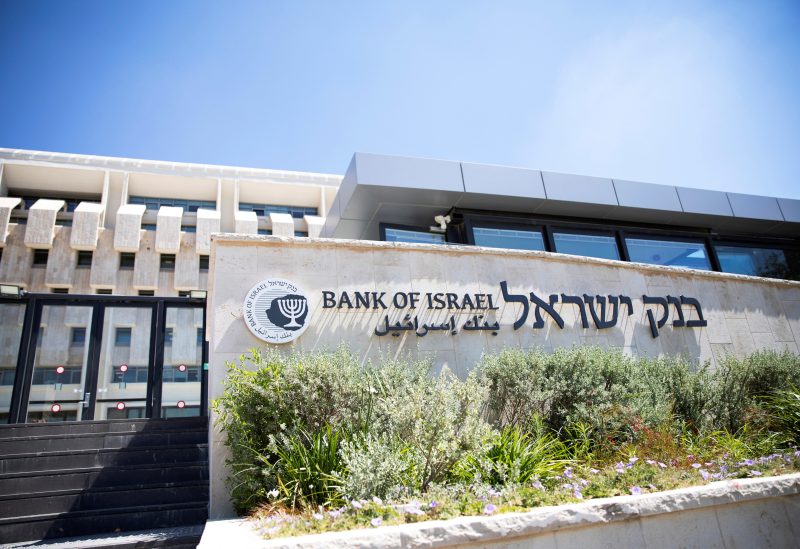 Policymakers at the Bank of Israel voiced concern that the incoming administration’s increased spending will hinder the bank’s ability to bring inflation back to its target range of 1-3% annually.

The monetary policy committee expressed some optimism that price pressures were beginning to reduce in the most recent data, notably in the tradeable components, but concern regarding fiscal policy, according to the minutes from the rates decision on January 2.

It noted that inflation, which held steady at a 14-year high rate of 5.3% in December, was low compared to most other countries but net of energy and food the rate was closer to the OECD median, and that forecasts show the rate moving back to the target within the year.

“The monetary tightening processes in Israel and worldwide, and the moderation of demand are acting to moderate the inflation rate,” the minutes said. “However, the Monetary Committee members noted that there is uncertainty regarding the extent of fiscal expansion and the development of wages, which in turn will impact on the pace of convergence to the inflation target.”

Prime Minister Benjamin Netanyahu has promised hefty state spending that includes higher subsidies to coalition partners to form a government, while civil servants seek higher salaries now that the pandemic is largely over.

The government is formulating a 2023 budget which parliament must pass by late May and Finance Minister Bezalel Smotrich has pledged fiscal responsibility.

At 0.6% of gross domestic product, Israel posted its first budget surplus in 2022 in 35 years. S&P Global Ratings expects that to turn into a deficit of 2% of GDP this year.

Israel’s jobless rate was 4.3% in December, official data showed on Monday, with GDP growing 1.9% in the third quarter.

At the policy meeting, five of the six rate setters supported hiking the benchmark interest rate by 50 basis points to a more than 14-year high of 3.75%. One other member of the monetary policy committee (MPC) voted for a stronger 75 basis point increase to 4%.

The hike, which had been expected, was the central bank’s seventh such move in an aggressive “front loading” tightening cycle since last April and followed a 50 basis point hike in November.

Bank of Israel Deputy Governor Andrew Abir this month told Reuters he saw rates peaking at 4% or slightly above, with a hope that inflation will return to its target in 2023.