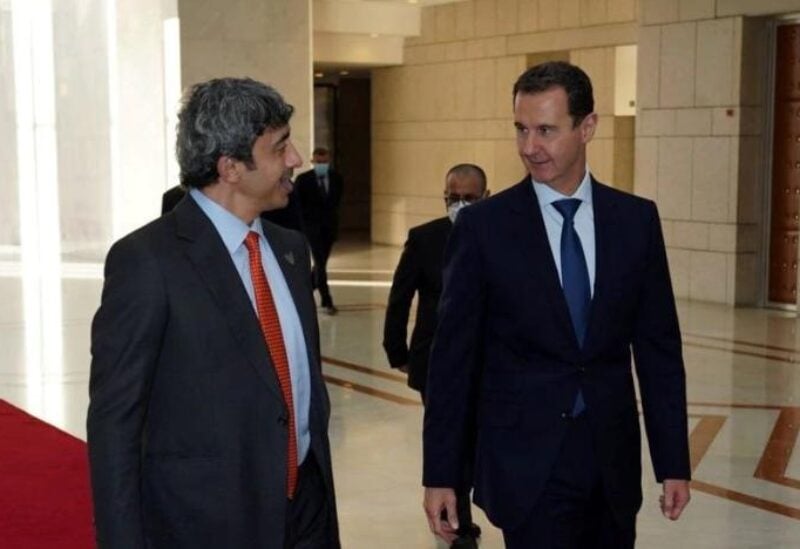 A presidency statement said Sheikh Abdullah led a delegation of senior Emirati officials that discussed bilateral relations and cooperation in a meeting with Syrian counterparts.

The participants discussed exploring “new horizons for this cooperation, especially in vital sectors in order to strengthen investment partnerships in these sectors,” the statement said.

They tackled the developments in the region and Arab world. They agreed to continue consultations and coordination over various affairs and challenges facing the Arab world in order to achieve the aspirations of their people away from any foreign meddling.

Assad underscored the “close fraternal relations” that bind the UAE and Syria. He hailed the stances taken by the UAE, which has always stood by the Syrian people.

Sheikh Abdullah, for his part, stressed the UAE’s support for efforts aimed at achieving stability in Syria.

He said he had faith that Syria, through the leadership of Assad and efforts of its people, can overcome the challenges caused by the war.

The UAE is always ready to support the Syrian people, he added.

Sheikh Abdullah is the most senior Emirati dignitary to visit Syria in the decade since the eruption of the country’s war.