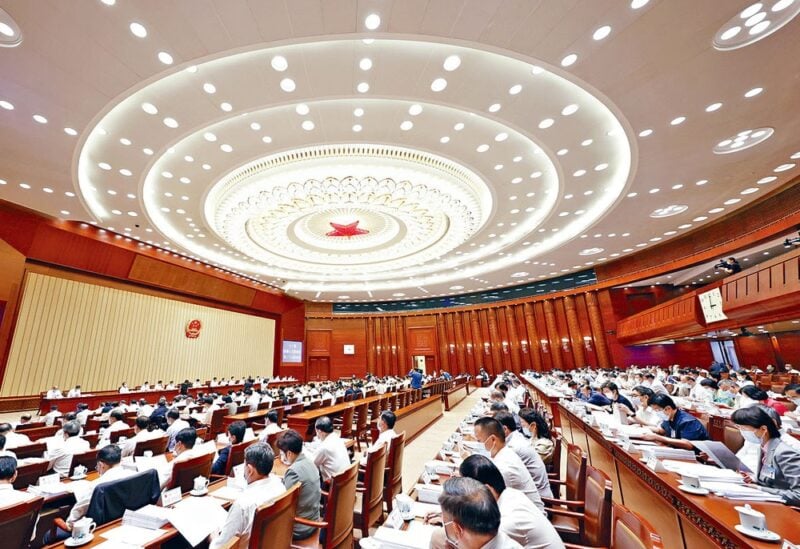 The South China Morning Post reported on Friday that China’s top legislature has postponed a vote on extending an anti-sanctions law to Hong Kong, as global banks and other financial institutions worry about the impact on their operations.

On Friday, Beijing was expected to formally approve the law for the Chinese-run city in response to other governments’ actions amid rising geopolitical tensions.

A mainland source told the newspaper that the central government “hopes to hear more perspectives on the topic.”

Financial firms have been closely watching a meeting this week of the National People’s Congress Standing Committee, the highest body of China’s parliament, for signs on how and when the legislation will be introduced in Hong Kong.

Beijing introduced the law in mainland China in June under which individuals or entities involved in making or implementing discriminatory measures against Chinese citizens or entities could be put on a mainland anti-sanctions list.

Under China’s law, such individuals could then be denied entry into China or be expelled. Their assets in China may be seized or frozen. They could also be restricted from doing business with entities or people in China.

The mainland law came after the US imposed penalties on dozens of Hong Kong and mainland Chinese officials over a national security law that Washington claims is being used to suppress dissent in the city, which Beijing denies.

The South China Morning Post reported earlier on Friday that Huang Liuquan, deputy director of the State Council’s Hong Kong and Macau Affairs Office, was anticipated to provide some clarity to Hong Kong officials when he visits the city next week.

Carrie Lam, the leader of Hong Kong, stated on Tuesday that she did not have a specific timeline for the law’s implementation.