Beijing on Alert after COVID-19 Cases Discovered in School 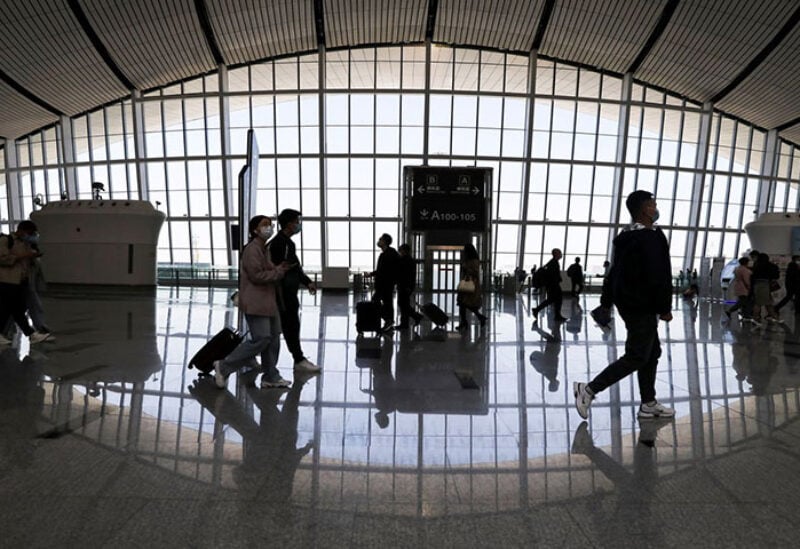 Travellers are seen at the Beijing Daxing International Airport on the first day of Labour Day holiday, in Beijing, China May 1, 2021. REUTERS/Tingshu Wang/File Photo

Beijing is on alert after 10 middle school students tested positive for COVID-19, in what city officials said was an initial round of testing.

City officials suspended classes in the school for a week following the positive test results on Friday. The Chinese capital also reported four other confirmed cases that day that were counted separately.

Mainland China reported 24,326 new community-transmitted infections on Saturday, with the vast majority of them asymptomatic cases in Shanghai, where enforcement of a strict “zero-COVID” strategy has drawn global attention.

China has doubled down on the approach even in face of the highly transmissible omicron variant. The zero-COVID policy warded off many deaths and widespread outbreaks when faced with less transmissible variants through mass testing and strict lockdowns where people could not leave their homes.

But recent developments in Shanghai have led some to question whether the strategy is worth the tradeoffs. Many residents in the city have struggled to get adequate food supplies during a lockdown this month, while some were also unable to get drugs or medical attention. Some elderly people died after an outbreak at an hospital led medical staff to be quarantined.

The country is now facing its worst outbreak since the beginning of the pandemic in the central city of Wuhan.

Local media reported that in Beijing’s Chaoyang district, the government ordered the suspension of in-person after-school activities and classes. The city government is now conducting a round of mass testing to look for more cases.