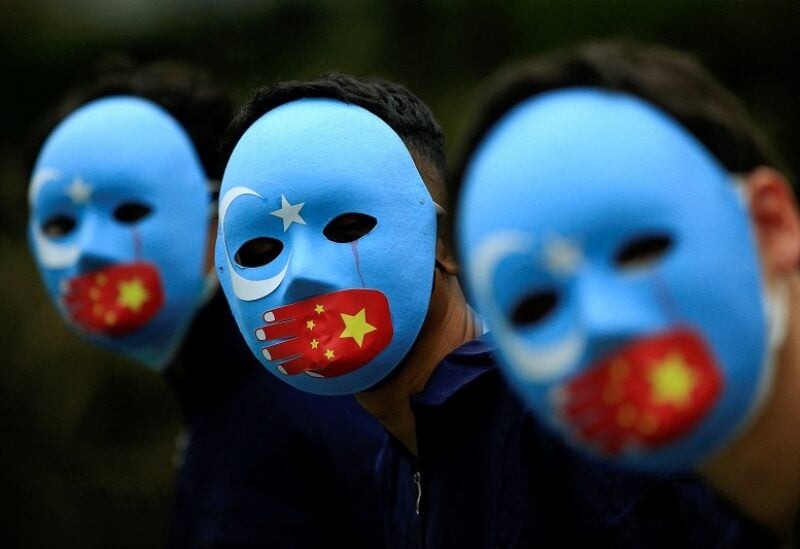 FILE PHOTO: Activists take part in a protest against China's treatment towards the ethnic Uyghur people and calling for a boycott of the 2022 Winter Olympics in Beijing, at a park Jakarta, Indonesia, January 4, 2022. REUTERS/Willy Kurniawan/File Photo

China has denounced The UN report that says that China’s arbitrary detention of Uyghurs and other mostly Muslim ethnic groups in the western region of Xinjiang may constitute crimes against humanity, has been denounced by the latter.

The UN posted a sternly worded protest by China along with its report in which China’s diplomatic mission in Geneva said it firmly opposed the release of the UN assessment, which it said ignores human rights achievements made in Xinjiang and the damage caused by terrorism and extremism to the population.

“Based on the disinformation and lies fabricated by anti-China forces and out of presumption of guilt, the so-called ‘assessment’ distorts China’s laws, wantonly smears and slanders China, and interferes in China’s internal affairs,” a part of the protest reads.

The assessment released late Wednesday by the UN human rights office in Geneva concluded that severe human rights abuses had occurred in China’s Xinjiang region as a result of the implementation of anti-terrorism and “anti-extremism” policies by the government. The report largely corroborates earlier reporting by researchers, advocacy groups and the news media. However, China continues to portray the criticism as a politicized Western smear campaign.

Notably, the report does not mention genocide, which some countries, including the United States, have accused China of committing in Xinjiang.

Human Rights Watch and Amnesty International have called for an independent investigation into the human rights abuses. “Never has it been so important for the UN system to stand up to Beijing, and to stand with victims,” said John Fisher, the deputy director of global advocacy for Human Rights Watch.

The rights office said that it could not confirm estimates that a million or more people were detained in the internment camps in Xinjiang, but it did say that it was “reasonable to conclude that a pattern of large-scale arbitrary detention occurred” at least between 2017 and 2019.