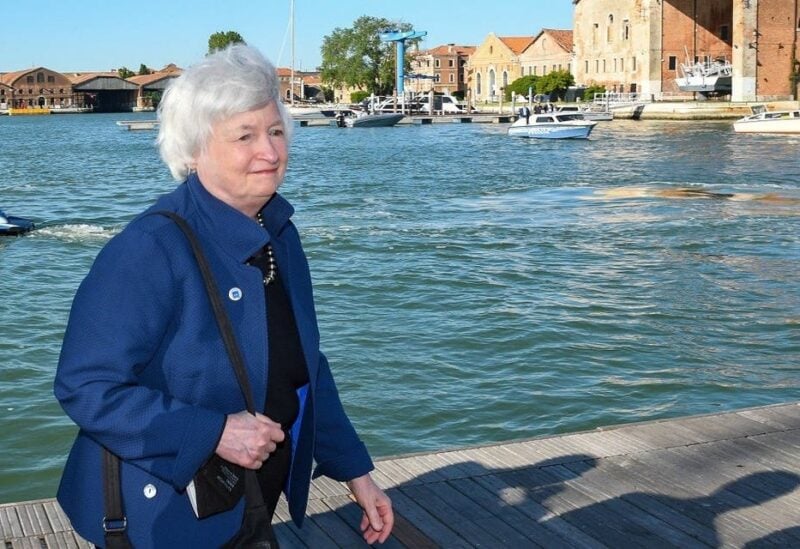 US Secretary of the Treasury Janet Yellen arrives to attend the G20 finance ministers and central bank governors’ meeting in Venice, Italy, on July 9, 2021. (Reuters)

Yellen issued the appeal Tuesday during a meeting with European Union officials in Brussels. President Joe Biden is trying to revive traditional alliances following the “America First” policies of his predecessor, Donald Trump.

“Together, we need to counter threats to the principles of openness, fair competition, transparency and accountability,” Yellen said, according to a text released by her department.

“These challenges include China’s unfair economic practices, malign behavior and human rights abuses,” Yellen said. “The more we confront these threats with a unified front, the more successful we will be.”

The ruling Communist Party denies accusations that it steals or pressures US, European and other foreign companies to hand over technology and shields its fledgling technology and other industries from competition in violation of its WTO commitments.

European governments also are frustrated that their companies are barred from acquiring most assets in China while Chinese companies, sometimes financed by state banks, have spent billions of dollars to acquire foreign technology and brands.

“We do not bully and impose sanctions at every turn, nor do we exercise long-arm jurisdiction against other countries’ enterprises,” Zhao said, referring to US sanctions.

Biden has said he wants better relations with Beijing but has yet to say whether he will roll back tariff hikes on Chinese goods and other sanctions imposed by Trump in a fight with Beijing over its technology ambitions and trade surplus.