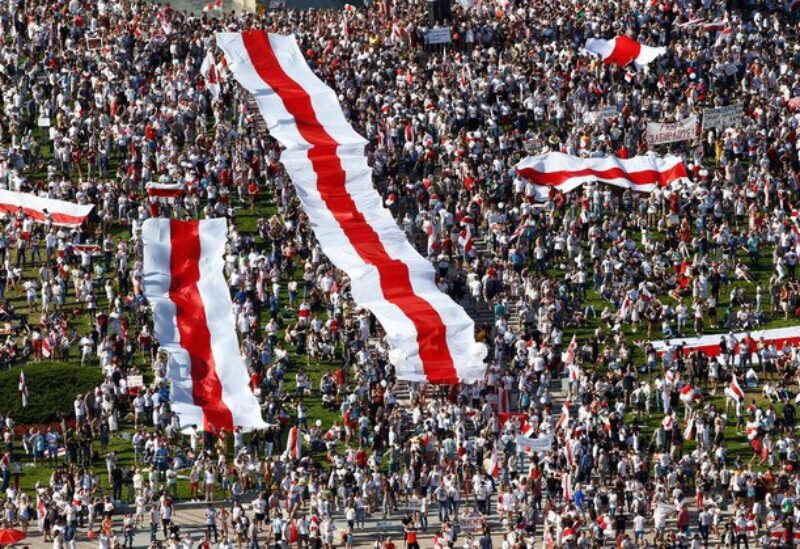 11 university students and a teacher have been sentenced with at least two years of prison by a court in Belarus, for taking part in anti-government protests last year, local rights group Vyasna said.

Charged with violating public order, 10 of the students and the teacher were sentenced by the court in Minsk to two years and six months in prison, while another was given two years, it said.

Belarusian police searched the offices and homes of journalists and human rights activists for the third successive day, extending what rights activists say is a new crackdown on opponents of President Alexander Lukashenko.

The Poland-based Nexta Live channel said the office of US broadcaster Radio Liberty in the capital Minsk was among those raided. Belarusian human rights organisation Viasna-96 reported that two Radio Liberty journalists had been detained.

The authorities have shut down a number of non-state media outlets and human rights groups since protests began last August against a presidential election which the opposition say was rigged. Lukashenko, in power since 1994, denies electoral fraud.

Police officers went on Friday to the homes of a journalist from Polish TV channel Belsat and those of several local reporters, Viasna-96 reported.

On Wednesday and Thursday, security officials conducted searches in around 20 human rights, charitable, media and expert institutions, detaining more than 15 people, including the head of Viasna-96.

The searches and detentions in the former Soviet republic have been condemned by Western politicians, international human rights activists and Belarusian protest leader Sviatlana Tsikhanouskaya, who is based in Lithuania.

British Foreign Secretary Dominic Raab has said Britain condemns an “escalation in repression” in Belarus, and the European Union and United States have imposed sanctions on Belarus in recent months.