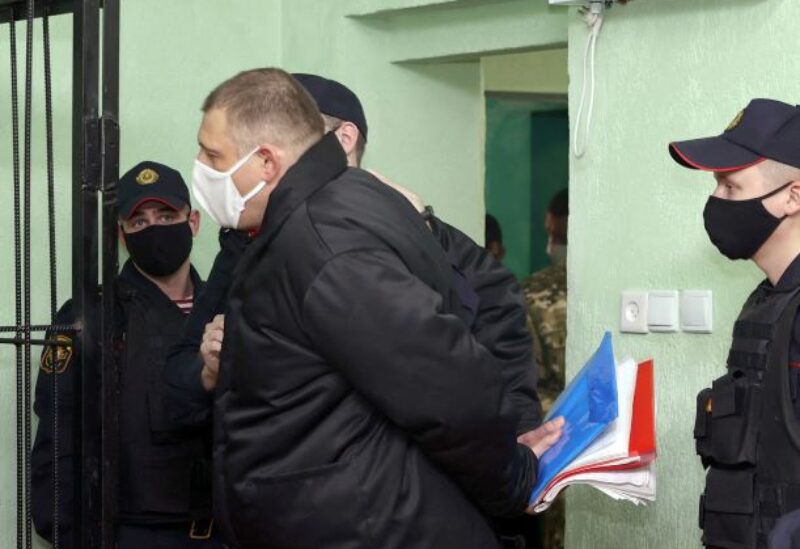 On Tuesday, a court in Belarus sentenced the opposition leader’s husband to 18 years in prison after he was jailed while attempting to run for president against incumbent Alexander Lukashenko, a ruling his wife described as political retaliation.

The court convicted Syarhei Tsikhanouski, a 43-year-old video blogger, guilty of inciting social hatred and orchestrating mass upheaval, and sentenced him to one of the harshest prison sentences in contemporary Belarusian history. His supporters said the claims were made up and were politically motivated.

Syarhei, the husband of opposition leader Sviatlana Tsikhanouskaya, was detained in May 2020 at an opposition rally after being forbidden from running in an election later that year, which his wife did instead.

He rose to prominence in Belarus after comparing Lukashenko, who has been in power since 1994, to a mustachioed cockroach from a children’s fairy tale.

His jailing angered many Belarusians who went on to stage the biggest protests against Lukashenko in post-Soviet history after what they said was a rigged presidential election, something Lukashenko denied.

Tuesday’s harsh jail term is part of a pattern that has seen Lukashenko, who is supported by Russia, use the courts and the police to systematically repress his opponents and critics by locking them up for long periods or forcing them abroad. It is one of the starkest examples of his decision to ignore sanctions and Western condemnation in order to continue his crackdown.

“My husband…is sentenced to 18 years in prison,” his wife, opposition leader Sviatlana Tsikhanouskaya, who fled to Lithuania to escape the sweeping post-election crackdown by Lukashenko, said on Twitter.

“The dictator publicly takes revenge on his strongest opponents. While hiding the political prisoners in closed trials, he hopes to continue repressions in silence. But the whole world watches. We won’t stop,” she wrote.

There was no immediate comment from Lukashenko, whose crackdown on opponents and role in a standoff over migrants with the European Union have triggered Western sanctions against his country.

FIVE OTHERS JAILED FOR 14-16 YEARS

Five supporters of Tsikhanouski were also tried along with him and sentenced to prison terms ranging from 14 to 16 years on Tuesday. They also denied the charges against them.

“It is clear whom the regime most fears. The United States alongside our partners will continue efforts to secure the unconditional release of all political prisoners…and all those facing unjust detention and vengeful verdicts,” she tweeted.

“Innocent people who want a dignified life for their nation are treated as the most dangerous criminals,” Polish Foreign Minister Zbigniew Rau tweeted. “There is no way that this shameful sentence will be left without consequences for the authorities in Minsk.”

Her husband’s trial was closed to the public and lawyers were banned from disclosing details of the case.

In July, a Belarusian court jailed former presidential contender Viktor Babariko for 14 years after convicting him on corruption charges he denied.

In September, Maria Kolesnikova, one of the leaders of mass street protests against Lukashenko last year, was sentenced to 11 years in prison.

U.N. Special Rapporteur Anaïs Marin said more than 35,000 people had been arbitrarily detained over the past year in Belarus and that the fear of repression had caused tens of thousands to seek refuge abroad.