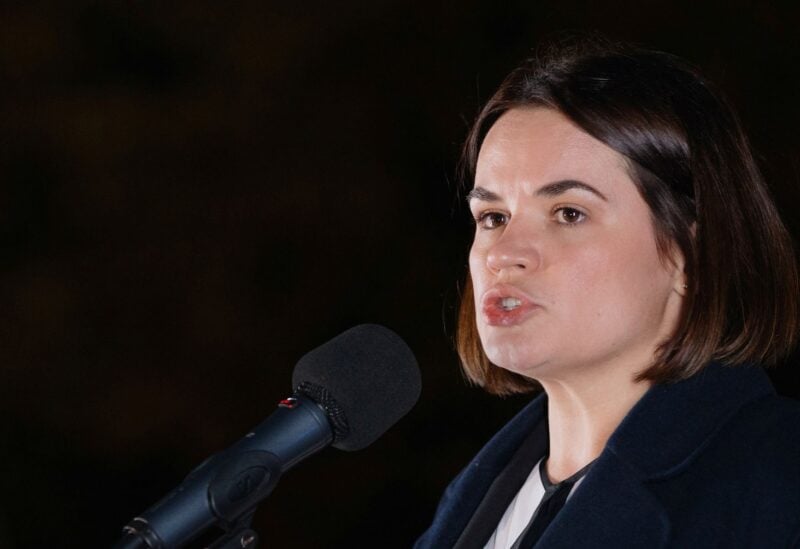 In remarks released on Sunday, Belarusian opposition leader in exile Svetlana Tikhanouskaya encouraged Austria’s government and Austrian enterprises operating in Belarus to do more to assist her friends in their fight against President Alexander Lukashenko.

Her remarks in a joint interview with Austrian newspapers Kleine Zeitung and Die Presse came on the day of a video conference held by Austria in support of Belarusian civil society in the face of a government crackdown on dissent. Tikhanouskaya assisted in the conference’s planning.

Austrian companies are among the most important European Union firms in Belarus. Raiffeisen Bank International’s Priorbank is the fourth-biggest bank in the country in terms of loans, and phone operator A1 Telekom Austria has a share of roughly 42% of its mobile market.

“We understand that large companies like A1 do not want to give up their business activities in our country,” Tikhanouskaya said.

“However, they could make their presence subject to certain conditions and make clear that their employees cannot be thrown in prison simply because they have a different opinion to Lukashenko.”

Austria could take in students expelled from university in Belarus, she added.

The resulting crackdown has involved hundreds thrown in prison, allegations that opposition activists were tortured, and spurred a lively opposition movement in countries like Latvia, Lithuania and Germany where many Belarusians live.

In the latest confrontation between the EU and Minsk since the election, Europe accuses Belarus of flying in thousands of people from the Middle East and pushing them to cross the Polish border into the EU.

Monday’s conference, which was switched to a virtual format because Austria is going into a COVID-19 lockdown that day, is due to feature the foreign ministers of Germany, Finland, Latvia, Estonia, Slovenia and Slovakia. The Belarusian government declined to take part.

The aim is to seek “constructive approaches for a peaceful, dialogue-based solution” in Belarus, Austria says.