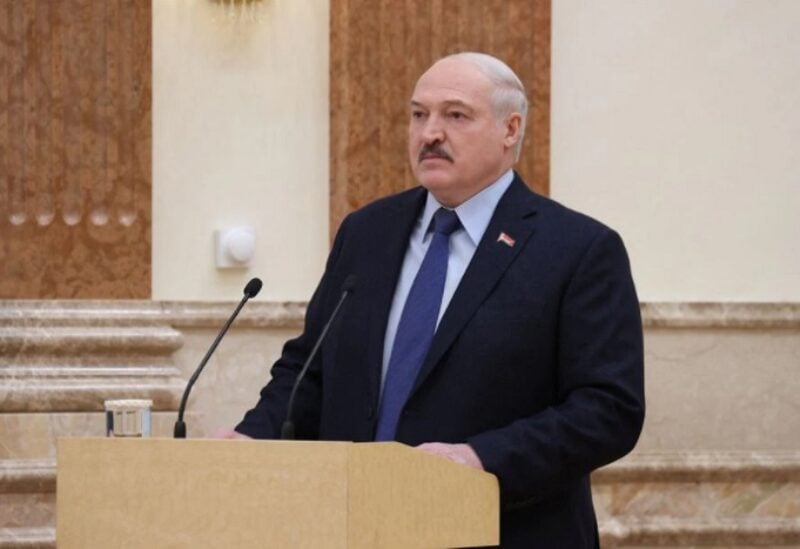 Belarusian President Alexander Lukashenko attends a meeting with members of the Council of Ministers and Security Council in Minsk, Belarus March 1, 2022. Nikolai Petrov/BelTA/Handout via REUTERS

President Alexander Lukashenko said on Tuesday that Belarus had intercepted a missile fired at it two days ago from Ukraine, but that it would resist what he called attempts to draw it into the conflict across the border.

The Kyiv government accused Russia on Friday of staging “false flag” air attacks on Belarus from Ukraine to provide an excuse for Moscow’s close ally, which has served as a staging post for Russian forces entering Ukraine, to join the conflict itself.

“I warned you that they would push us into this operation, into this war,” Lukashenko told Belarusian soldiers, according to the state news agency BelTA.

“There’s nothing for us to do there, and we haven’t been invited,” Lukashenko was quoted as saying. “I want to emphasise again … We are not going to become involved in this operation that Russia is conducting in Ukraine.”

Nevertheless, he suggested that Belarus’s patience was not unlimited. Lukashenko said the missile was intercepted and destroyed by Belarus with Russian help over the Pripyat area, near the Ukrainian border.

“Why is this being done?” he said. “To incite us, so that we begin to respond. But we’re not such fools. If we respond, we’ll respond properly, so that everyone feels it. For now, we’re putting up with it.”

It was not clear how Ukraine would benefit from dragging Belarus into the war alongside Russia.