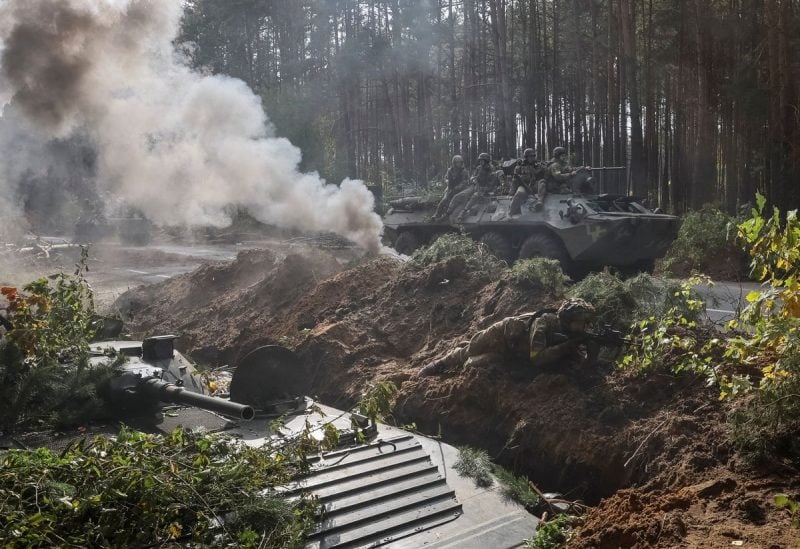 Ukrainian servicemen attend a joint drill of the armed forces, national guard and border guard at the border with Belarus, amid Russia's attack on Ukraine, in Chernihiv region, Ukraine September 30, 2022. REUTERS/Gleb Garanich

Belarus issued a ruling temporarily restricting access to parts of the southeastern Gomel region, which borders Ukraine and Russia.

According to the government’s website, “temporary restrictions on entry, temporary stay, and movement in the border zone within the Loevsky, Braginsky, and Khoiniki districts of the Gomel region” will be implemented.

Russian forces used Belarus as a launch pad for their abortive attack on the Ukrainian capital Kyiv in February, and there has been growing Russian and Belarusian military activity in recent months.

The government did not indicate how long the restriction would last but said that it did not apply officials, and workers and residents of those areas.

Belarus began staging what it called anti-sabotage drills in the Gomel region on Oct. 11. Russian servicemen arrived in Belarus four days later to join a regional grouping that the neighbours have set up.

Russian President Vladimir Putin visited Belarus on Monday, his first trip to the country since 2019, raising fears in Kyiv that he intends to pressure Russia’s fellow former Soviet ally to open a new invasion front against Ukraine.