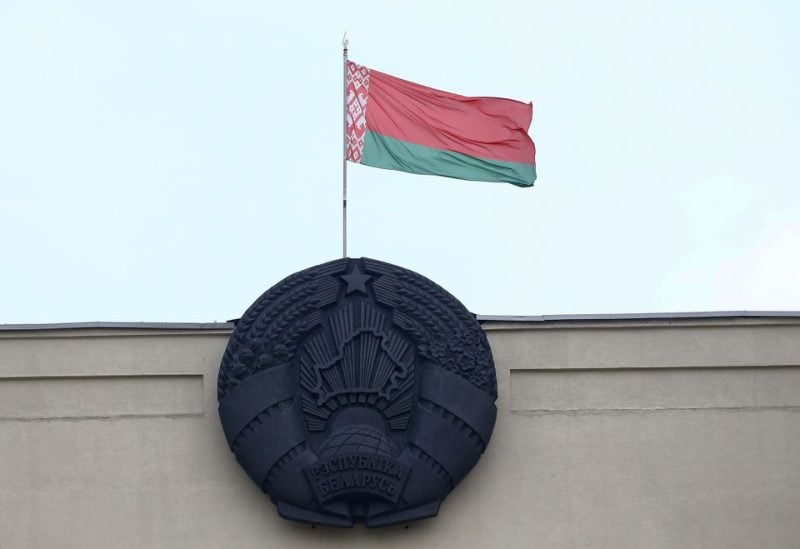 Belarusian state flag and emblem are seen on a building at Independence Square in Minsk, Belarus November 7, 2019. REUTERS/Vasily Fedosenko

Belarus announced on Wednesday that it had begun summons residents to determine their eligibility for military service, but that no mobilization was planned.

“The military registration and enlistment activities are strictly routine and are expected to be completed by the end of this year,” the defence ministry said.