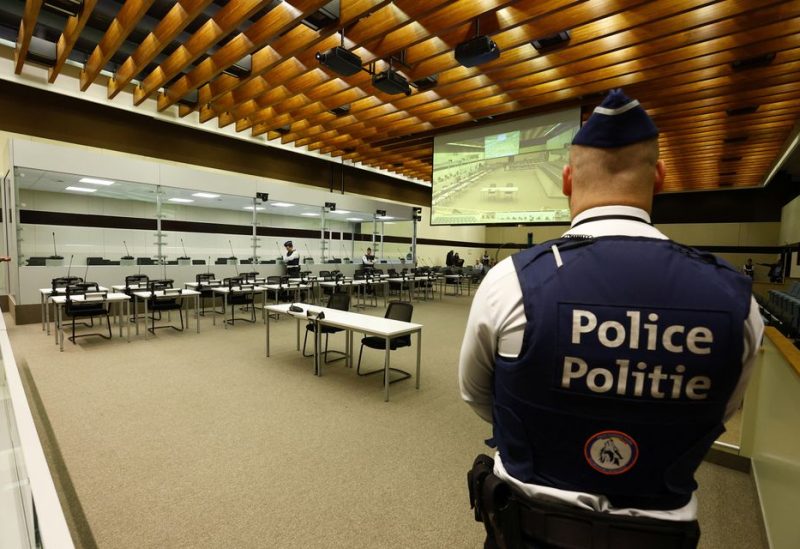 Police officers stand in the courtroom prior to the selection of the jury for the 2016 Brussels and Maelbeek attacks trial at the Justitia building in Brussels, Belgium, 30 November 2022. Stephanie Lecocq/Pool via REUTERS

Belgium will hold its largest-ever trial to determine whether ten accused men were involved in the 2016 Islamist bombings of Brussels airport and the city’s metro, which killed 32 people and injured over 300.

Six of the ten accused have already been convicted in France in connection with the November 2015 Paris attacks, but unlike the French trial, which ended in June with a decision by a panel of judges, the Brussels case will be decided by a jury.

Presiding Judge Laurence Massart will oversee the selection of a 12-person panel, chosen from 1,000 Belgian citizens summoned to attend a mammoth selection process on Wednesday.

Proceedings will commence on Monday in the former headquarters of NATO in a Brussels suburb.

The trial, set to last until the end of June, will undoubtedly revive painful memories for the roughly 1,000 victims registered to attend. They include those who lost loved ones or were injured and witnesses to the twin bombings at the airport and third bomb on the metro on March 22, 2016.

Lawyers say many are seeking to understand why they or their loved ones became targets of an Islamist attack.

Certain relatives and victims are expected to address the court, along with a roster of some 370 experts and witnesses due to testify.

The defendants include Mohamed Abrini, who prosecutors say went to Brussels Airport in March 2016 with two suicide bombers, but fled without detonating his suitcase of explosives, and Osama Krayem, a Swedish national accused of planning to be a second bomber on Brussels’ metro.

Salah Abdeslam, the main suspect in the French trial who was seized four days before the Brussels attacks, is also among the accused, along with others prosecutors say hosted or helped certain attackers. One of the 10, presumed killed in Syria, will be tried in absentia.

The trial, estimated including building conversion to cost 20-25 million euros ($20.74-$25.92 million) was to have started in October, but was delayed after the judge ordered reworking of the glass boxes for the defendants that their lawyers likened to animal cages.