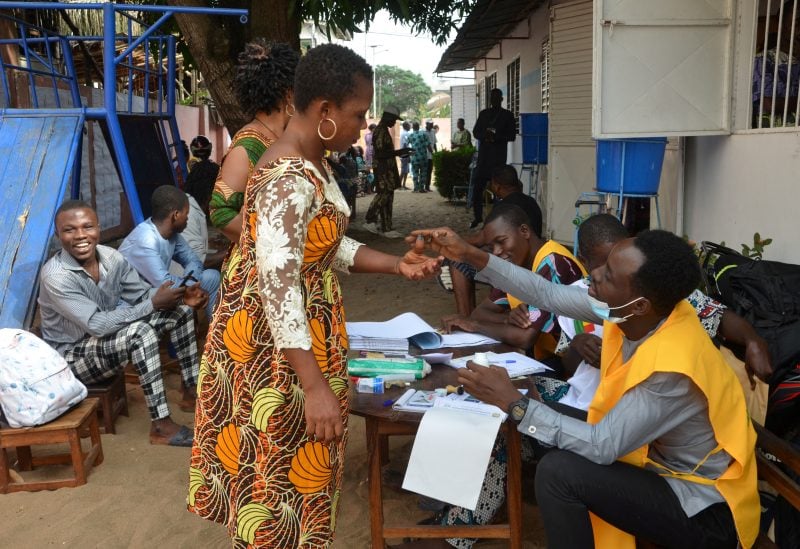 A poll worker puts ink on the finger of a voter during the parliamentary election in Cotonou, Benin, January 8, 2023. REUTERS/Charles Placide Tossou/File Photo

The ruling coalition’s victory in the weekend’s parliamentary elections was upheld by Benin’s constitutional court on Friday, as was the opposition’s re-entry into parliament following boycotts and exclusions in prior polls.

With 37.56% and 29.23% of the vote, respectively, the two parties already in power, Union Progressiste le Renouveau and Bloc Republicain, came out on top in the final results.

Yayi’s supporters led demonstrations in 2019 after opposition parties were blocked from the legislative vote for failing to meet strict new eligibility criteria.

None of the remaining four parties competing for the 109 seats gathered enough votes to meet the 10% threshold for parliamentary representation.

Voter turnout was just 37.79%, the court said, marginally lower than the 38.66% recorded by the electoral commission.

The court’s distribution of seats remained unchanged from the electoral commission’s count, giving UP le Rénouveau 53 seats and Les Démocrates and Bloc Républicain 28 each.

Benin’s image as a bastion of democracy and stability in West Africa has been dented under President Patrice Talon, who went back on a pledge not to run for a second term and oversaw an opposition crackdown since coming to power in 2016.

Talon, who does not belong to any party but is supported by the Bloc Republicain and UP le Renouveau, denies targeting political opponents or violating human rights in the nation of 13 million people.