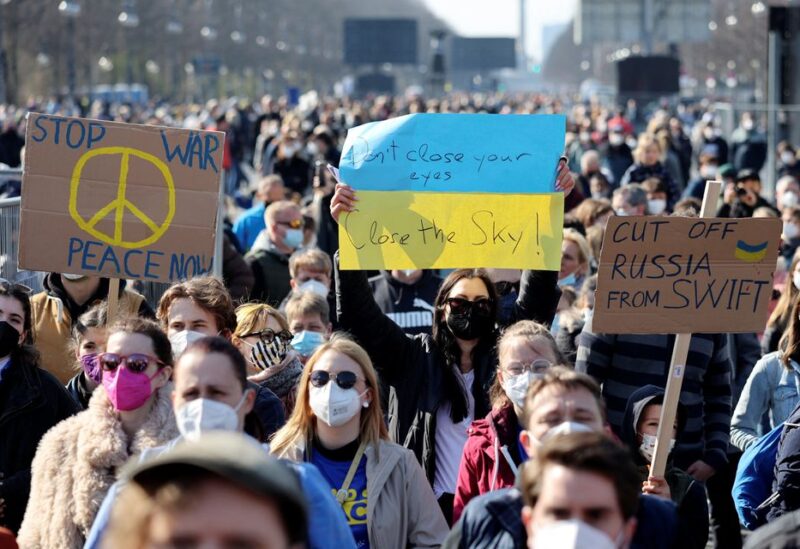 According to police, 20,000 people attended an anti-war concert in central Berlin on Sunday, with listeners waving Ukrainian flags or holding banners with anti-Russian slogans.

Many performers wore shades of blue and yellow in solidarity with Ukraine as they gathered near the Brandenburg Gate, a symbol of a divided Germany during the Cold War.

Jamala, a Ukrainian singer who won the Eurovision Song Contest in 2016 with her song “1944,” was shown on a big screen telling attendees that “music is a peaceful force.”

“I think if all the musicians united it would be the strongest peace army in the world,” she said to the crowd, listening in masks and coats under clear blue skies.