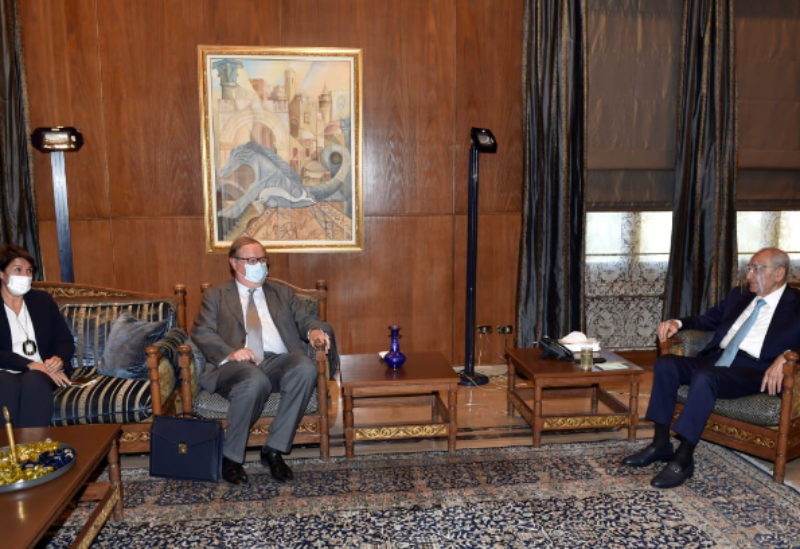 The international aid coordinator for Lebanon, French Ambassador Pierre Dukan, was received on Thursday by the speaker of the parliament, Nabih Berri, at the second presidential house in Ain al-Tineh. Anne Grillo, the French ambassador to Lebanon, was also present. Following that, Speaker Berri met with interim Labor Minister Mustafa Bayram to address the state budget and the social security issue.

Later in the afternoon, Speaker Berri received President of the Senate of the Republic of Uruguay. The pair discussed fresh developments, bilateral relations between Lebanon and Uruguay, and the best means to develop legislative cooperation between the parliaments of the two countries.

On the other hand, the House Speaker called for a plenary session at 11:00 am on Tuesday, July 26, to elect seven MPs as members of the Supreme Council to judge Presidents and Ministers, and to study and approve bills and law proposals.

It is to note that Berri had visited the headquarters of the National Anti-Corruption Commission, where he submitted a statement about his movable and immovable assets.