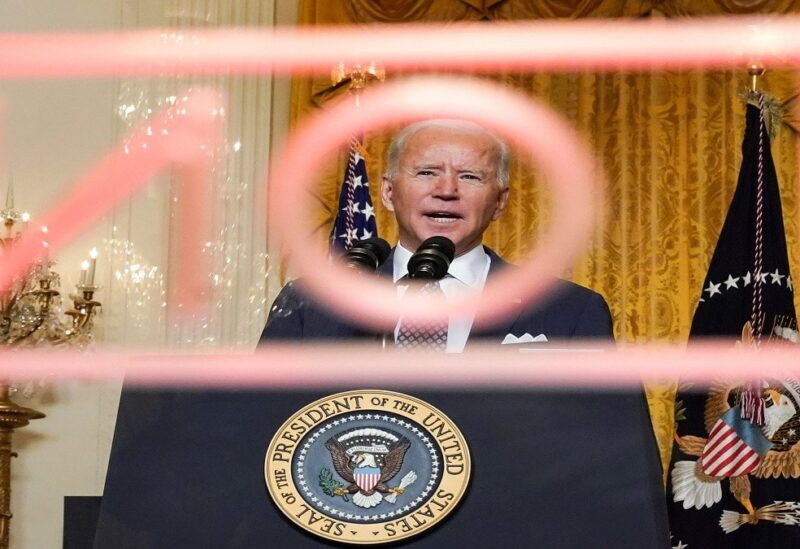 Critics say US President Joe Biden’s administration may have squandered precious time to salvage the Iran nuclear deal, according to Foreign Policy magazine.

Following Iran’s partial curtailment of nuclear inspections this week, the Biden administration finds itself in a desperate race to save the 2015 pact that the new president has vowed to rejoin. However, some critics say internal debates within Biden’s team may have led it to wait too long to offer Tehran confidence-building and humanitarian relief measures that might have brought Iran back to the table sooner.

In spite of increasingly hard-line statements from Ayatollah Ali Khamenei, Iran’s supreme leader, Tehran’s moderates have been waiting for signs from Washington of some measure of relief for its sanctions-strangled economy since former President Donald Trump pulled out of the pact in 2018—especially when it comes to humanitarian aid.

But none has been in the offing. Some officials and nuclear experts say that, due to factional infighting within the US administration and fears of opposition from hard-liners on Capitol Hill, the Biden team has been reluctant to offer such measures—even though some of its own leaders, such as National Security Advisor Jake Sullivan, were central to negotiating the Joint Comprehensive Plan of Action (JCPOA) in the first place.

“I think the Biden administration missed an opportunity in the first week of its term to send a stronger, more concrete signal of its good faith intentions to return to JCPOA,” said Kelsey Davenport, director for nonproliferation policy at the Arms Control Association.

“During the time it took for the Biden team to begin to be more proactive, positions hardened in Iran. I’m not surprised at the delay at this point. I think Iran expected swifter action. After all, because of Trump’s withdrawal, it’s the US that is responsible for the crisis around the JCPOA.”

Such “good faith” moves might have included waivers on some sanctions if Iran exported its excess enriched uranium or the heavy water it produced in violation of the JCPOA.

The US could also work with friendly governments, like South Korea’s, to partially unfreeze Iranian assets—even while maintaining current sanctions—or to prompt the International Monetary Fund or other funding bodies to give humanitarian aid. As a presidential candidate, Biden suggested such moves will be made but has not followed through.

“There is no doubt that sanctions have limited Iran’s ability to fight the pandemic,” said Ali Vaez, the Iran project director at the International Crisis Group, who until recently worked closely with Biden’s Iran envoy, Robert Malley, the organization’s former president.

Offering humanitarian aid “was morally and even politically completely defensible for the administration. The mistake is that their failure to take this confidence-building step has created a sense in Tehran that the Biden administration, in fact, wants to continue Trump’s maximum-pressure policy but with a smile.”

The matter is actually urgent because there may only be a few months left to save the deal. Last weekend, faced with a Feb. 23 deadline for cutting off inspections under the pact, the director-general of the International Atomic Energy Agency, Rafael Grossi, flew to Iran to came to an “understanding” with Tehran officials that most inspections could continue for 3 months, running approximately into Iran’s June election, when a successor to President Hassan Rouhani will be chosen.

But the inspection data, including surveillance images, will be held by Iran in the meantime. If an agreement is reached, Iran will turn over the data, which could uncover any further violations. If there’s no agreement, Iran has said it will destroy the data—and along with it, perhaps the last good chance to salvage the nuclear deal.

If the US wants to get Tehran back to the negotiating table, as Biden previously pledged, it will likely take precisely the sort of gesture that the administration has been so far unwilling to make. That could mean issuing waivers to allow foreign companies to work with Iran’s civil nuclear program. Germany, France, and Britain, the 3 European countries who are parties to the nuclear deal, have been pressing the Biden administration to do just that as a way to jump-start engagement, said Ellie Geranmayeh, deputy director for the Middle East and North Africa at the European Council on Foreign Relations—and a little bit more besides.

She said “Europeans have also been clear that for Iran to reverse its nuclear activities, there will need to be some corresponding economic relief offered.”