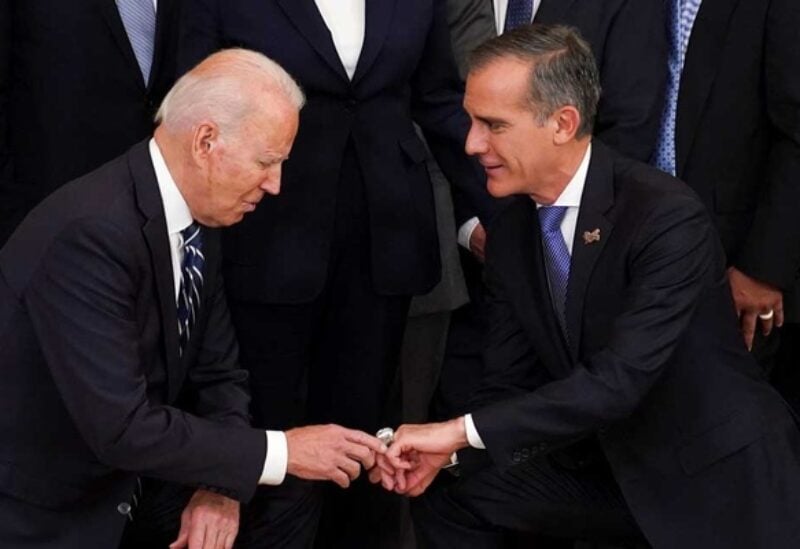 President Joe Biden has chosen Eric Garcetti, the Mayor of Los Angeles and a climate activist, to be the United States’ Ambassador to India, a country that Washington regards as a critical ally in its fight against China’s growing power and influence.

Garcetti has been the mayor of Los Angeles since 2013, and is a Biden supporter who co-chaired the successful Biden-Harris 2020 electoral campaign.

Garcetti’s nomination was announced with a White House biography that highlighted his involvement in co-founding the nonpartisan “Climate Mayors” network and pushing more than 400 mayors throughout the United States to sign the Paris Climate Agreement.

It said Garcetti is the current Chair of C40 Cities, which it described as “a network of 97 of the world’s biggest cities taking bold climate action,” and led the organization’s engagement and expansion in India and its global response to the COVID-19 pandemic.

After China and the United States, India is the world’s third largest emitter of greenhouse gases, albeit with significantly lower emissions per capita. The United States and others are pressuring it to agree to a target of decarbonizing its economy by 2050.

Garcetti said he was “honored” to accept the nomination, which must be confirmed by the United States Senate.

Garcetti was a Rhodes Scholar who studied at Oxford and the London School of Economics, as well as living in Southeast Asia and Northeast Africa and conducting field research on nationalism, ethnicity, and human rights, according to the White House.

It said he spent 12 years as an intelligence officer in the U.S. Navy Reserve Component, serving under the commander of the U.S. Pacific Fleet and with the Defense Intelligence Agency, before retiring in 2017 as a lieutenant.