Biden arrives in Oregon as Democratic hold on governorship is threatened 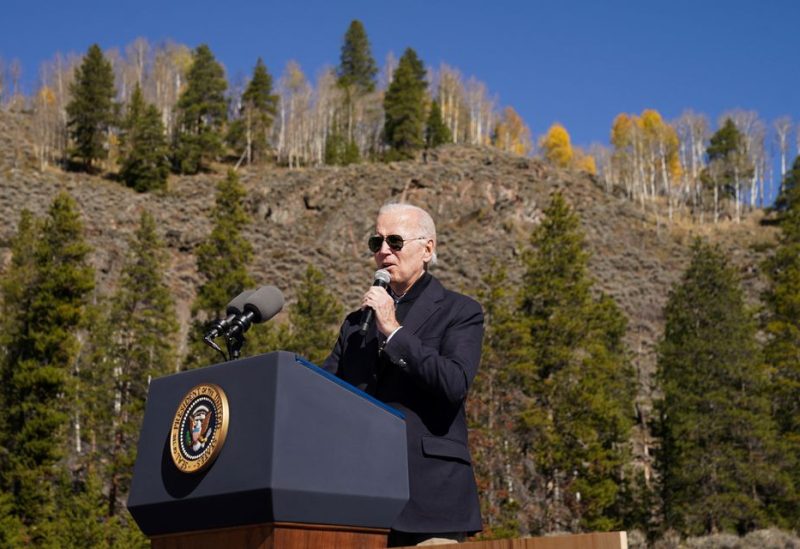 US President Joe Biden arrived in Oregon on Friday to rally support for the Democratic gubernatorial candidate, who faces defeat in a state where no Republican has been elected governor since 1982.

Democrat Tina Kotek is running for governor against Republican Christine Drazan and an independent candidate, Betsy Johnson, a former Democrat who is financially supported by Nike co-founder Phil Knight. All three women have previously served as state legislators. Because of term limits, incumbent Governor Kate Brown, a Democrat, cannot run for re-election.

Biden, who won the state by 16 points over Donald Trump in the 2020 presidential election, is campaigning for Kotek just as recent public opinion polls suggest Drazan has pulled into the lead. The Cook Political Report and the University of Virginia’s Center for Politics consider the race a tossup between the major party candidates. Johnson trails in third place but appears to be siphoning votes away from the Democrat.

Shortly after arriving, Biden promoted the Democratic agenda at a gathering of party volunteers making campaign phone calls. He sought out Kotek and grabbed her hand, allowing her to briefly share the limelight with the president.

Biden delivered doughnuts to the volunteers and took part in a few calls himself.

Election day is Nov. 8, when 36 gubernatorial races will be on the ballot along with the entire U.S. House of Representatives and one-third of the U.S. Senate, with the Democrats’ razor-thin majorities in Washington at stake.

While some Democratic candidates around the country have distanced themselves from Biden, seeing him as a political liability, Kotek is hoping for both a political and fundraising boost. Biden arrived in Oregon’s largest city of Portland after making stops in Colorado and California over the last few days.

A Biden adviser said the president would emphasize Democratic policies to protect Medicare, lower prescription drug costs and lower health care costs while applauding Kotek’s stance on raising the minimum wage and protecting abortion rights during his time in Oregon.

He is scheduled to deliver an address on combating inflation and participate in a reception for Kotek on Saturday.

Len Bergstein, a Portland-based public affairs consultant and political analyst, said that Biden could offer the Democrat a needed jolt in Oregon.

“The Democratic governor’s candidate has got to pull in the kind of voter that normally votes for Joe Biden in a race like this, and energizes that turnout,” Bergstein said. “She’s losing too many regular Democrats and non-affiliated voters to be comfortable in this race.”

Kotek has run hard on gun violence prevention, while Johnson has positioned herself as a pro-gun rights candidate who emphasizes supporting police.

Drazan, though conservative, has distinguished herself from candidates across the country who have adopted former President Donald Trump’s false claims about having the 2020 election stolen from him.

After running to the right in the primary to win the nomination, she has tacked toward the center, campaigning on public safety and order in a state that experienced sometimes-violent protests over racial equality and police brutality in 2020 and 2021.

Drazan supporters say they welcome the visit from a president they consider unpopular.

“With Biden underwater, and with Oregon Democrats less than satisfied with their standard bearer Tina Kotek, this visit is sure to be nothing more than disastrous for the already trailing candidate,” Kaitlin Price, a spokesperson for the Republican Governors Association, said in an email.

Johnson, too, attempted to play up the idea that Biden’s visit would only help opponents of Kotek, who was speaker of the Oregon House of Representatives from 2013 to January this year.

“I hope he comes more often so that Portland will finally clean up more of the trash and tent cities that Tina’s created between the airport and downtown Portland,” Johnson said in a statement, referring to people who are without homes and sleeping outside in public spaces, a phenomenon in many cities in the United States.