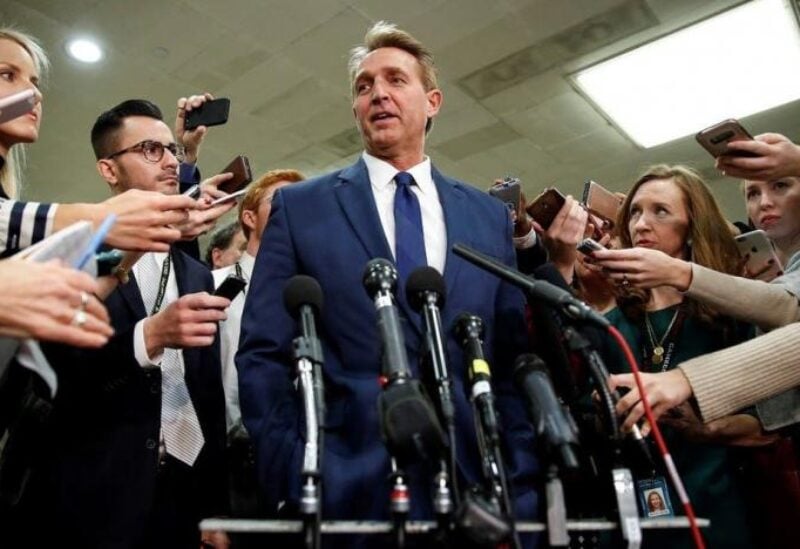 US President Joe Biden on Tuesday nominated former Sen. Jeff Flake, a Republican lawmaker who endorsed his 2020 run for the White House, to serve as US ambassador to Turkey.

Flake retired from the Senate at the end of his term in 2019, saying he was out of step with the Republican Party in the era of former President Donald Trump. He later wrote a book, “Conscience of a Conservative,” that was a critique of Trump, according to The Associated Press.

“With this nomination, the Biden Administration reaffirms the best tradition of American foreign policy and diplomacy: the credo that partisan politics should stop at the water’s edge. US foreign policy can and should be bipartisan,” Flake said in a statement. “That is my belief as well, and my commitment.”

Flake was one of more than two dozen former Republican lawmakers to announce their support for “Republicans for Biden.”

Former Reps. Charlie Dent of Pennsylvania, Jim Greenwood of Pennsylvania and Jim Leach of Iowa and Sen. John Warner of Virginia, who died in May, are among the former Republican lawmakers who endorsed Biden last year.

Flake, if confirmed, will be dispatched to Ankara at a difficult moment in the US-Turkey relationship.

The list of disagreements is unusually long for the two NATO allies: There’s US support for Kurdish fighters in Syria, as well as Turkey’s purchase of a Russian weapons system. And in April, Biden infuriated Ankara by declaring that the Ottoman-era mass killing and deportations of Armenians was “genocide.”

Previous US presidents had avoided using the term out of concern that it would complicate ties with Turkey, which is fiercely proud of its Ottoman history and insists that those killed in the early 20th century were victims of civil war and unrest.

Biden administration and Turkish government officials are also currently in talks about Turkey providing security at Kabul’s Hamid Karzai International Airport after the US completes its pullout from Afghanistan later this summer.

Flake would succeed David Satterfield, a well-respected career foreign service officer who has served as the US ambassador to Turkey for more than two years.