Biden thanks Scholz for leadership on Ukraine crisis at G7 summit 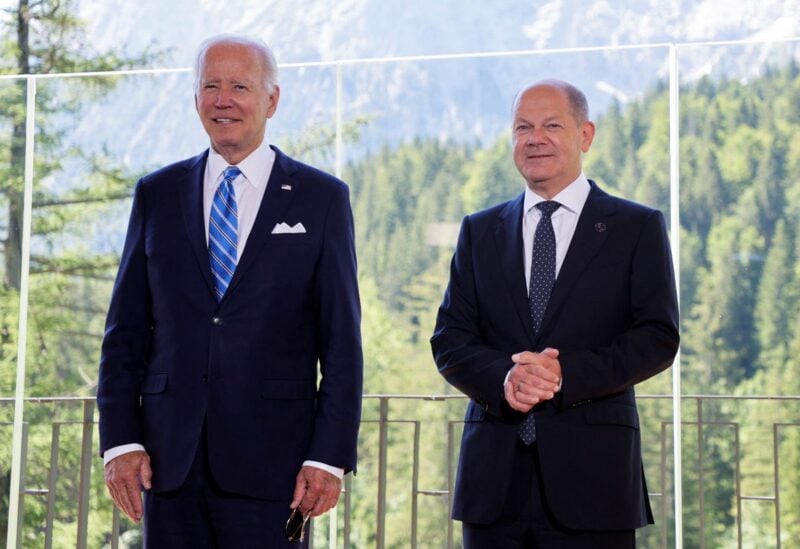 US President Joe Biden thanked German Chancellor Olaf Scholz for his leadership in the response to the Ukraine issue, in a brief statement following his arrival at the Group of Seven rich democracies meeting in a Bavarian Alpine resort on Sunday.

After receiving mass from a U.S. army chaplain in Schloss Elmau, Biden told Scholz that his leadership had been essential in organizing Europe’s response to Russian President Vladimir Putin’s invasion of Ukraine.

“I want to compliment you on stepping up as you did when you became Chancellor,” Biden told a beaming Scholz. “Putin’s been counting on it from the beginning, that somehow NATO and the G7 would splinter, but we haven’t and it’s not going to,” he said.

Scholz has been under fire at home for alleged dithering over what kind of weapons Europe’s richest country should send Kyiv in its fight against Russian forces in its east. Scholz has always rejected these criticisms.

“It’s a good message that we all managed to stay united, which, obviously, Putin never expected,” Scholz said.

The two then moved to an open-air conference room where they held bilateral talks with a handful of close advisers.