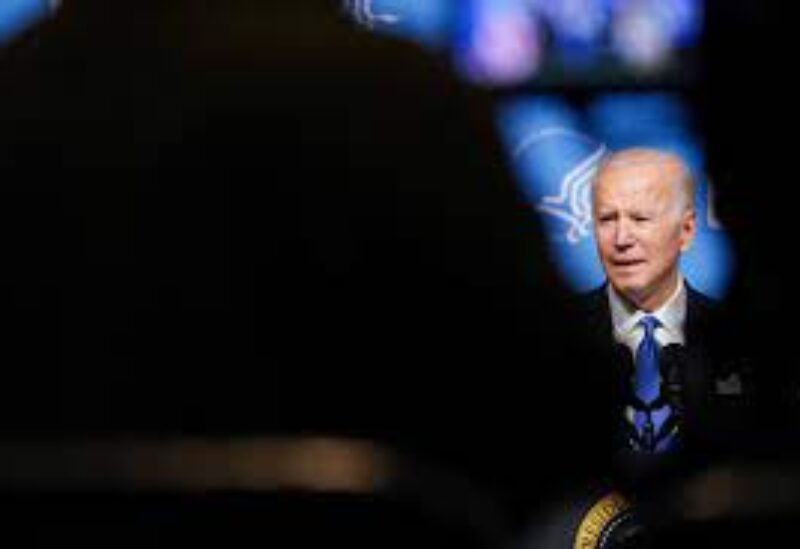 As part of its effort to combat the Omicron variant sweeping the country, the Biden administration will launch government COVID-19 testing stations in New York City this week and purchase 500 million at-home quick tests that Americans will be able to request online for free starting in January.

President Joe Biden will set out the measures in a speech on Tuesday, warning of the hazards from the fast-spreading variety, a senior administration source said, striking a more serious tone about the risks to the one in four American people who remain unvaccinated.

Activating 1,000 military medical professionals to bolster hospitals that are already overburdened in some locations is one of the options.

New COVID-19 cases are on the rise in the United States, causing local and federal officials to reconsider how far they can go to battle the virus as the Christmas travel season approaches. Omicron currently accounts for 73 percent of all new cases, up from less than 1% at the start of the month, according to federal officials.

Health officials in Texas said on Monday the state recorded what ABC News reported is believed to be the first known U.S. death related to Omicron.

The highly contagious variant was first detected last month in southern Africa and Hong Kong, and has raced around the globe and been reported in 89 countries, the World Health Organization said on Saturday.

In New York, Washington and other U.S. cities over the weekend, lines for COVID-19 tests wrapped around the block as people clamored to find out if they were infected before celebrating the holidays with family.

Facing criticism that testing resources are inadequate, Biden will announce on Tuesday that the federal government will buy 500 million at-home rapid tests and make them available to all Americans in January.

Americans can access a new website to have them delivered, but officials are still working on how many tests a household can request.

More federal sites will be opened across the country in areas of high need and when requested by local and state officials, the official said.

Biden’s COVID-19 response has been criticized for focusing on vaccines at the detriment of testing and masking, and for underestimating the impact of the politically motivated anti-vaccine movement in the U.S.

The free tests are in addition to a plan to have health insurers provide free tests for Americans with coverage that is also expected to begin in January.

Biden will note that the Omicron variant is so contagious that it will infect vaccinated Americans but that they will be far less likely to get seriously sick.

So-called breakthrough infections are rising among the 61% of the country’s fully vaccinated population, including the 30% who have gotten booster shots.

Still, Biden will tell Americans that those who are vaccinated and follow guidance around using masks, especially while traveling, should feel comfortable celebrating the holidays as planned.

New COVID-19 cases rose 9% in the United States in the past week but are up 57% since the start of December, according to a Reuters tally.

The number of hospitalized COVID-19 patients has increased 26% this month, with hospitals in some areas already strained by the Delta variant that emerged earlier this year.

There have been almost 51 million infections and 809,268 coronavirus-related deaths reported in the country since the pandemic began, the most of any country.