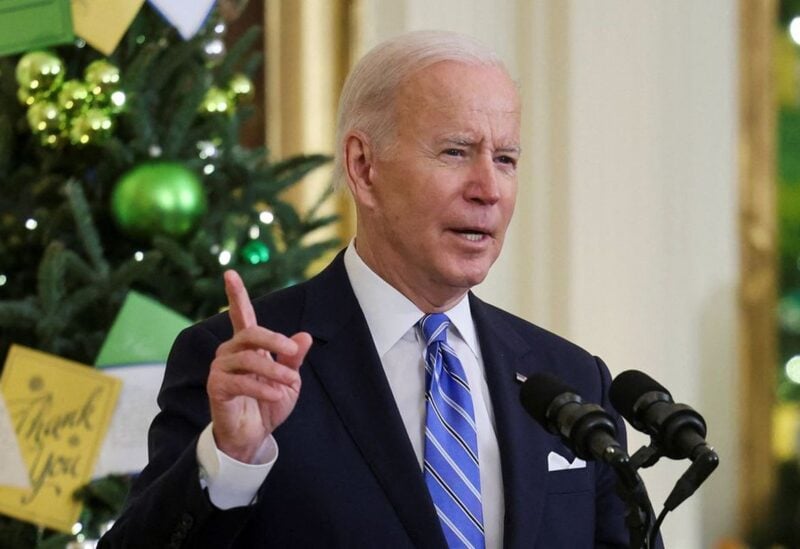 A US senior administration official said Monday, that President Joe Biden will travel to Israel, the West Bank and Saudi Arabia next month, and thus ending months of speculation about his visit to the Middle East.

The tour between July 13-16 will involve engagements with nearly a dozen counterparts from across the region and beyond, according to the official, who spoke on the condition of anonymity.

His first stop will be Israel, said the official in a background phone call, adding: “This will be President Biden’s first visit to the country as president, and it comes nearly 50 years after his first visit to Israel as a young senator.”

In a statement detailing the president’s schedule, White House spokeswoman Karine Jean-Pierre said Biden will meet with Israeli leaders to discuss Israel’s security, prosperity and its increasing integration into the greater region.

After his talks in Israel, the president will head to the occupied West Bank, Palestine to meet with Palestinian President Mahmoud Abbas and other Palestinian officials.

Biden “looks forward to reaffirming his lifelong commitment to a two-state solution and to discuss the ways in which we might rekindle a political horizon that can ensure equal measures of freedom, security, prosperity and dignity to Israelis and Palestinians alike,” the official told reporters.

Following his visit to the West Bank, Biden will travel to Jeddah, Saudi Arabia, where he will attend the Summit of the Gulf Cooperation Council plus Egypt, Iraq and Jordan (known as the GCC+3).

On the president’s talks in Jeddah, Jean-Pierre said Biden will discuss a range of bilateral, regional and global issues with his counterparts.

“These include support to the UN-mediated truce in Yemen, which has led to the most peaceful period there since the war began seven years ago,” said the spokeswoman.

“He will also discuss means for expanding regional economic and security cooperation, including new and promising infrastructure and climate initiatives, as well as deterring threats from Iran, advancing human rights, and ensuring global energy and food security,” she said.

Jean-Pierre added that Biden “appreciates King Salman’s leadership and his invitation” and “looks forward to this important visit to Saudi Arabia, which has been a strategic partner of the United States for nearly eight decades.”

Saudi official press agency (SPA) confirmed on Tuesday that the visit will be paid between July 15-16.