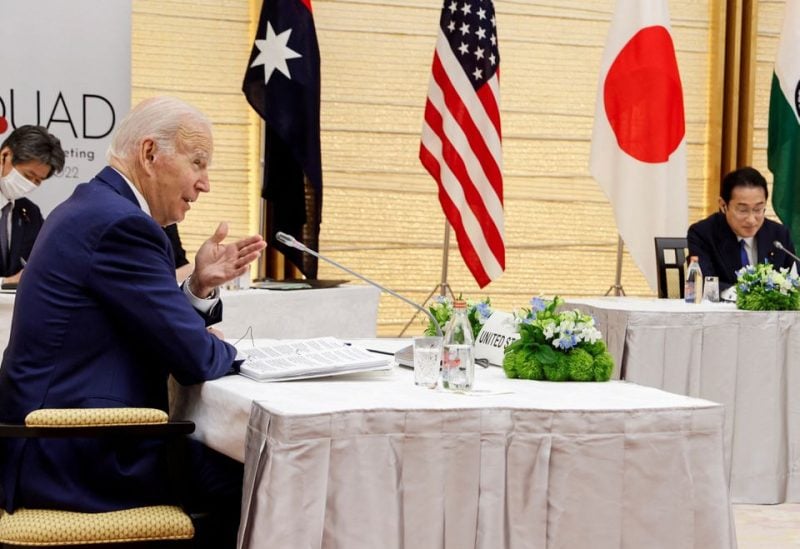 On Friday, Japanese Prime Minister Fumio Kishida will be welcomed by U.S. President Joe Biden at the White House. Washington is anticipated to applaud Tokyo’s historic plans for a significant military increase in response to shared fears about China.

Prior to his meeting with Biden, Kishida had a meeting with Vice President Kamala Harris. According to Harris, the connection between the United States and Japan is “ironclad,” and later on in the day, the two countries will sign a deal to cooperate in space.

Kishisa said topics for his Washington talks included the U.S.-Japan alliance as well as “establishing a free and open Indo-Pacific,” a reference both sides use to describe the efforts to push back against China.

Kishida is on the last stop in a tour of the G7 industrial powers. His visit follows one by Biden to Tokyo last May and a meeting between the two at a regional summit in Cambodia in November.

Kishida visited Arlington National Cemetery in the morning to pay his respects.

They said they had mapped out “a vision of a modernized alliance postured to prevail in a new era of strategic competition.” White House Indo-Pacific coordinator Kurt Campbell called it “one of the most consequential engagements between our two countries in decades.”

According to a joint statement, the forward posture of American forces in Japan should be improved due to the “severely contested environment” by positioning more adaptable, resilient, and mobile forces with more heightened ISR, anti-ship, and transportation capabilities.

A Marine Littoral Regiment, which would deliver important weapons like anti-ship missiles to Japan, has been announced by the Pentagon. The two countries also agreed to expand their shared defense treaty to include space.