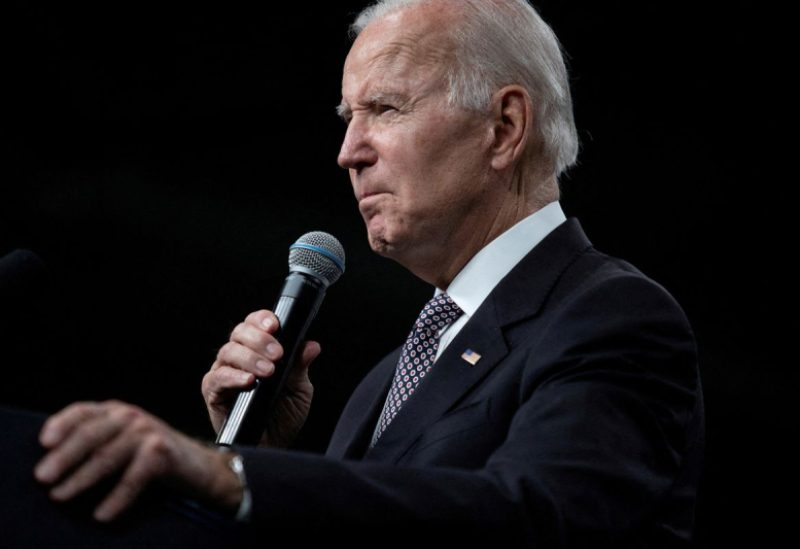 U.S. President Joe Biden welcomed French President Emmanuel Macron to the White House on Thursday to celebrate more than 200 years of U.S.-French relations but simmering in the background was a dispute over new American subsidies for U.S.-made products that has riled Europe.

Biden is hosting Macron at the first state visit since the U.S. leader took office in early 2021. Biden and his wife Jill greeted Macron and his wife Brigitte with hugs, kisses and broad smiles.

The two couples, who dined together informally on Wednesday, took part in a South Lawn ceremony that featured a military honor guard, a red-jacketed colonial band with the Fife and Drum Corps and national anthems.

“France is our oldest ally, our unwavering partner in freedom’s cause,” Biden said, welcoming “the enduring strength and vitality of the great friendship between France and the United States of America.”

Macron said the two nations needed to become brothers in arms once again in the wake of Russia’s invasion of Ukraine and partner to protect democracies on both sides of the ocean.

“Our new frontiers are there, and it is our shared responsibility to respond to this,” the French president said.

Biden and Macron planned to hold talks then conduct a joint news conference at 11:45 a.m. EST (1645 GMT). The Macrons arrived in Washington on Tuesday for his second state visit to the United States since taking office in 2017.

Biden, 80, and Macron, 44, have had many meetings at international gatherings but this will be the most amount of time they have spent together. A glittering state dinner was planned, with 200 Maine lobsters flown in for the occasion.

Among the gifts Macron brought was a vinyl and CD version of the original soundtrack of Claude Lelouch’s 1966 film “Un Homme et une Femme,” the film the Bidens went to see on their first date, according to the Elysee Palace.

The two leaders dined together on Wednesday night at an Italian restaurant called Fiola Mare in the historic Georgetown area in a gesture of bonhomie.

Macron is expected to raise French and European concerns about subsidies in Biden’s Inflation Reduction Act (IRA), a $430 billion bill that offers massive subsidies for U.S.-made products and is aimed at addressing the climate crisis.

European leaders say the legislative package signed by Biden in August is unfair to non-American companies and would be a serious blow to their economies as Europe deals with the fallout from Russia’s February invasion of Ukraine.

At a meeting on Wednesday with U.S. lawmakers at the Library of Congress, Macron said the act was “super aggressive” toward European companies, one participant told Reuters on condition of anonymity.

Macron told the French community in Washington that the cost of the war in Ukraine was much higher in Europe than in the United States and that Europe risked falling behind if the subsidies siphoned new investments. This could “fragment the West,” he said.

There was no sign that Biden was prepared to make concessions.

Macron is the first foreign leader to be given a state dinner at the Biden White House despite some differences with the Biden administration.

The formal dinner in a pavilion on the White House South Lawn will feature music from Jon Batiste, Chardonnay from the Napa Valley and cheeses from Oregon, California and Wisconsin.

Russia’s invasion of Ukraine will most likely be a major topic in the talks. Both leaders have sought to bolster support for the Ukrainian military.

NATO ministers met in Bucharest and pledged more aid to Ukraine to help against Russia’s attacks on energy infrastructure as winter bites.

The alliance, of which the United States and France are founding members, was also discussing how to address challenges posed by China’s military buildup and its cooperation with Russia, U.S. Secretary of State Antony Blinken said. Macron has said in the past that China should not be a focus for NATO.