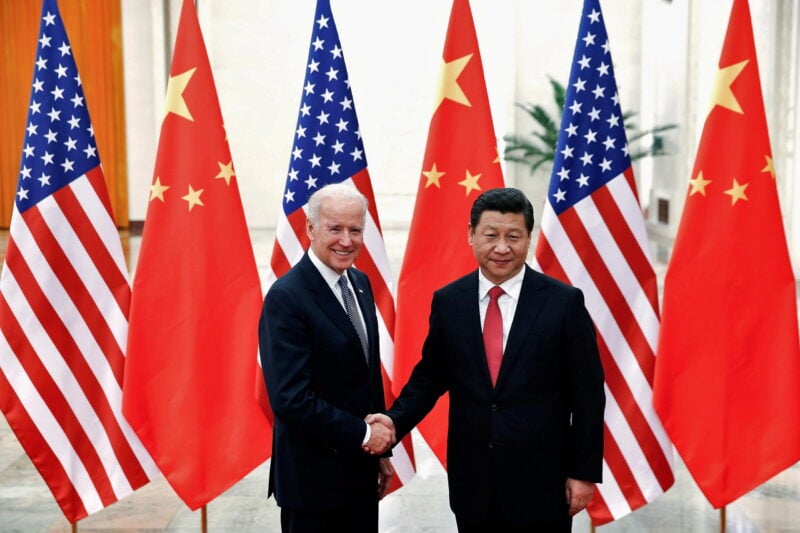 On the eve of a virtual meeting with US President Joe Biden, Chinese President Xi Jinping said that his country is ready to properly manage differences with the United States.
In a letter read on Tuesday by China’s ambassador to the United States, Qin Gang, at a dinner of the National Committee on US-China Relations in Washington, Xi said China was ready to cooperate with the United States on regional and global issues.
A date has not been announced for the Xi-Biden meeting but a person briefed on the matter said it was expected to be as soon as next week, however, spokespersons for the White House and the Chinese embassy in Washington declined to confirm the date.
Combative US diplomatic exchanges with China early in the Biden administration unnerved allies, and US officials believe direct engagement with Xi is the best way to prevent the relationship between the world’s two biggest economies from spiraling toward conflict.
The two sides said they had reached an agreement in principle to hold the virtual meeting between Biden and Xi before year-end after talks in the Swiss city of Zurich last month between US national security adviser Jake Sullivan and China’s top diplomat, Yang Jiechi.
Sources told Reuters last month that, given China’s domestic COVID-19 restrictions and Xi’s reluctance to travel, Washington was aiming for a video conference call in November.
White House deputy press secretary Karine Jean Pierre was asked at a briefing on Monday about the timing of the virtual meeting and reiterated there was an agreement in principle for Biden and Xi to hold it before the end of the year.
She said working-level discussions were underway to confirm details, but declined to offer specifics.
Stakes for the meeting are high – Washington and Beijing have been sparring on issues from the origins of the pandemic to China’s expanding nuclear arsenal – but Biden’s team has so far set low expectations for specific outcomes.
Experts believe the two sides may work toward an agreement to relax curbs on visas for each other’s journalists and have also said a deal to reopen consulates in Chengdu and Houston shuttered in a diplomatic dispute in 2020 could help improve the mood.
The Biden administration has said, however, that a deal on the consulates was not being discussed ahead of the meeting.
A spokesperson for the White House National Security Council said last week that the planned meeting was part of US efforts to responsibly manage the competition with China and not about seeking specific deliverables.