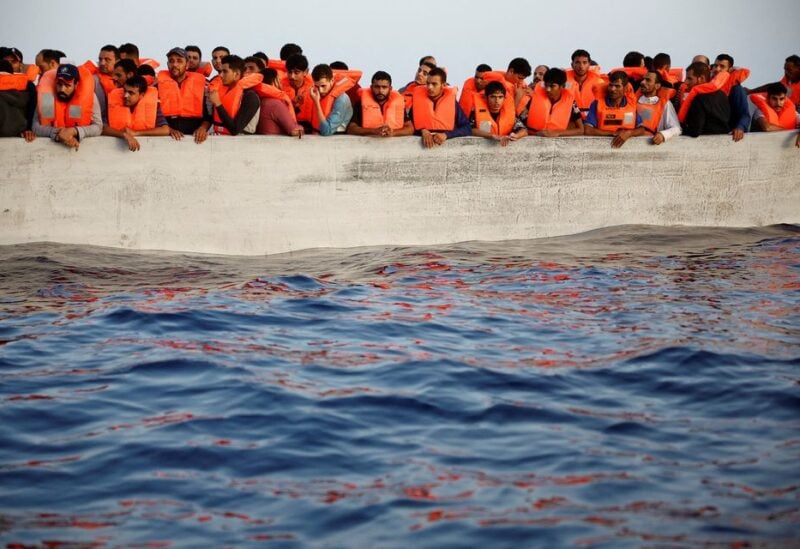 The Open Arms Uno made its first rescue on Wednesday, boarding 101 migrants stuck in a wooden boat off the coast of Tunisia. It has four times the tonnage of the original Open Arms rescue tugboat and can hold up to 1,000 people.

Before they were all hauled aboard, a crew member shouted to the eager migrants from a speed boat that had been released from the ship run by the Spanish organization Open Arms, “Sit down, if you don’t sit down we don’t continue.”

One had jumped into the water to try to reach the speed boat, prompting it to briefly move away in a safety maneuver.

“People were showing signs of dehydration. They had been sailing for a day and were already adrift. We were able to find them quickly and they are now safely on board the Open Arms,” lifeguard Mauro Di Si told Reuters.

Built in Norway in 2000, it was donated by Argentine-Italian filmmaker and philanthropist Enrique Piñeyro, and is one of the largest maritime rescue vessels in Europe.

Nearly 25,000 people have lost their lives or disappeared since 2014 trying to cross the Mediterranean to Europe, including more than 1,100 so far this year, according to data from the International Organization for Migration (IOM).

The vessel is patrolling the deadliest migration route in the central Mediterranean.

The charity’s original Open Arms tugboat, which is over 50 years old and has rescued more than 7,300 people at sea since 2017, has in the past few months been used to deliver food to the Odessa region in Ukraine and evacuate refugees amid the Russian invasion.