Blaring tornado kills at least five in Alabama and Georgia 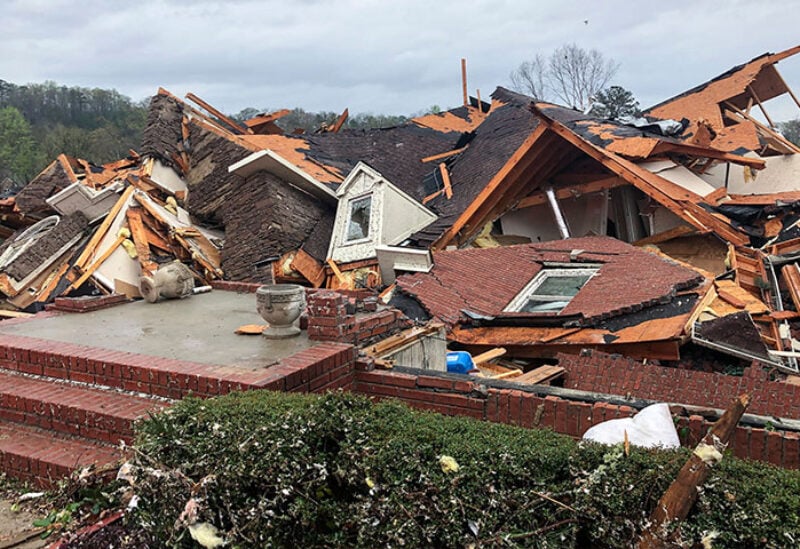 Meteorologists said a large, dangerous tornado swept through metro Atlanta’s Coweta County around midnight Friday, sparking a tornado emergency for the city of Newnan and surrounding communities. There were several reports downed trees and power lines.

Newnan police asked residents to “get off the roads” in a Facebook post, explaining that emergency officials were surveying the area. Newnan Utilities said the storm knocked out its phone and internet services but that they were “fully aware of downed lines, gas leaks and many impassable roads.”

The strong storm followed a series of tornadoes that ripped through Alabama on Thursday, including one that authorities said traveled roughly 100 miles (160 kilometers) across the state.

In east Alabama, Calhoun County Sheriff Matthew Wade said five people died in a twister that cut a diagonal path across the county, striking mostly rural areas — something that likely kept the death toll from being higher.

“Our hearts, our thoughts and our prayers go to the families, and we are going to do our best to let them know we love them,” Wade said at an evening briefing.

Multiple twisters sprang from a “super cell” of storms that later moved into Georgia, said John De Block, a meteorologist with the National Weather Service in Birmingham.

Several school districts were closed or delayed Friday due to the damage.

In the city of Pelham, James Dunaway said he initially ignored the tornado warning when it came over his phone. But then he heard the twister approaching, left the upstairs bedroom where he had been watching television and entered a hallway — just before the storm blew off the roof and sides of his house. His bedroom was left fully exposed.

Firefighters outside a flattened home in the Eagle Point subdivision, also in Shelby County, said the family that lived there made it out alive. Nearby homes were roofless or missing their second stories.

Farther west in the city of Centreville, south of Tuscaloosa, Cindy Smitherman and her family and neighbors huddled in their underground storm pit as a twister passed over their home.

A tree fell on the shelter door, trapping the eight inside for about 20 minutes until someone came with a chain saw to help free them, said Smitherman, 62. The twister downed trees, overturned cars and destroyed a workshop on the property.