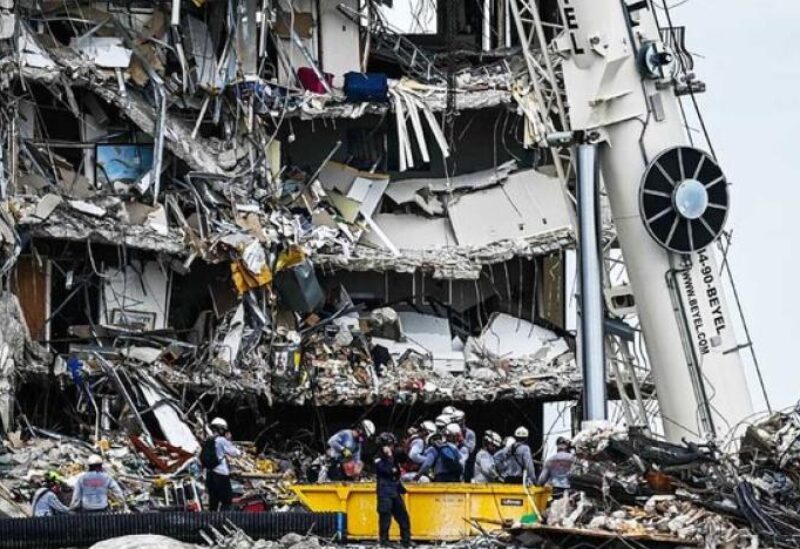 French rescue workers pulled a toddler and the child’s mother from the rubble of a three-story apartment building that collapsed in a suspected gas explosion on southern France’s Mediterranean coast. They were still searching Tuesday for three other people feared buried under the giant pile of debris, The Associated Press said.

The child, thought to be 18 months old, was located by sniffer dogs and extracted by rescue workers who dug their way through the debris, fire department Capt. Aurelia Mannaioni said.

The child was sent to a hospital for treatment of injuries, she said. The child’s mother also was rescued, she said. But three other people remain unaccounted for and are feared buried, Mannaioni said.

Authorities for the southern Var region earlier had said that one person was pulled out from the building in critical condition and three others required emergency medical treatment following the blast in the early hours of Tuesday in the coastal town of Sanary-sur-Mer.

The cause of the blast wasn’t immediately clear, but Var authorities said first responders noticed a strong smell of gas on arrival at the scene.