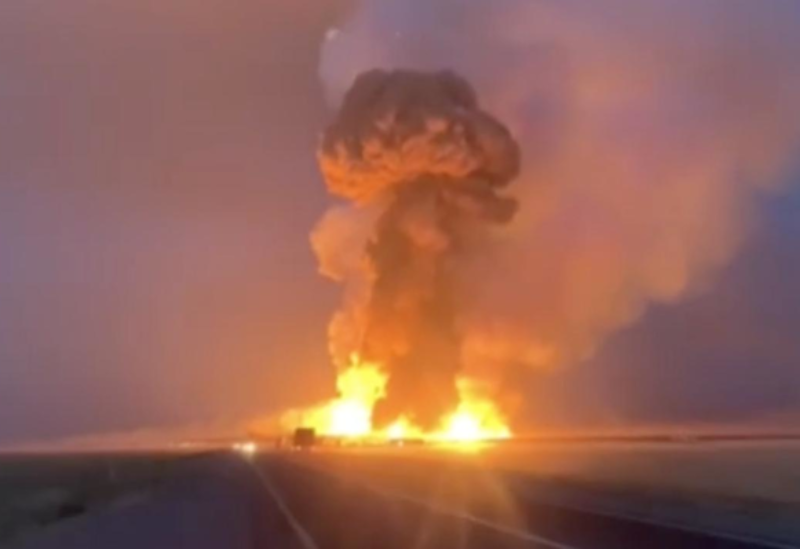 Kazakhstan emergencies ministry said on Friday nine people have died following blasts at an arms depot in southern Kazakhstan and four others were feared dead.

Emergency services workers and military staff were among victims of the blasts that tore through a defense ministry ammunitions depot in the southern region of Jambyl on Thursday.

It added that four people were missing.

Kazakhstan authorities had said on Thursday that they had evacuated settlements located next to a military facility in its southern Zhambyl province after a series of powerful blasts.

The blasts followed a fire at the facility, where some engineering-purpose explosives were stored, deputy defense minister Ruslan Shpekbayev said. Separately, traffic and railway authorities said they were closing off a road and a railroad passing through the area.

After the blasts, 32 people had been hospitalized with injuries from the blasts, the provincial government said, adding that the fire was yet to be put out.

According to Defense Minister Nurlan Yermekbayev, the reason of the fire at the facility in the province of Zhambyl where engineered explosives were housed on Thursday is unknown.

The soldiers died while trying to put out the fire which triggered a series of ten blasts, he added, saying the stored explosives had come from a facility in the town of Arys after a similar 2019 event that killed four people.