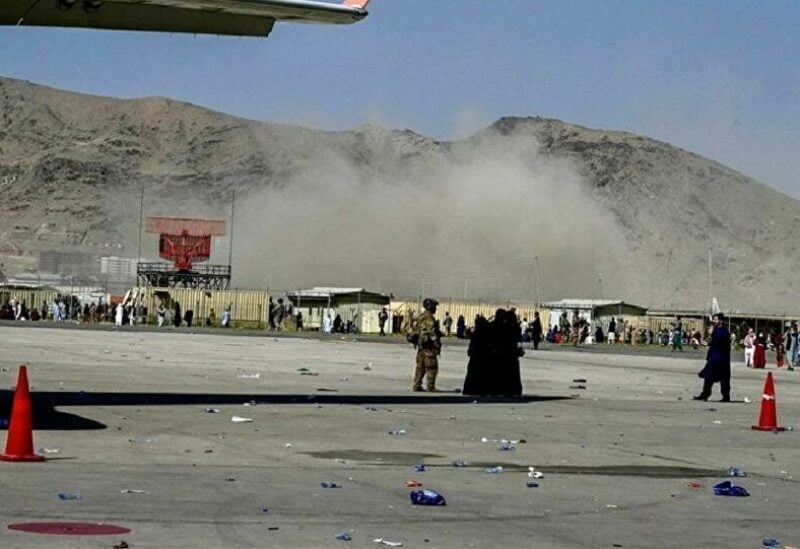 Earlier Thursday, a senior UK defense official warned that there was an “imminent” threat of a “severe” terrorist attack at the Kabul airport by Daesh-Khorasan, a branch of the Islamic State terrorist group operating in Afghanistan.

At least two explosions rocked areas near the Hamid Karzai International Airport in Kabul on Thursday.

The first explosion, which took place near the airport’s eastern gate was attributed to a suicide bomber, and local media say a firefight took place involving unknown militants and US-led coalition forces tasked with guarding the airport amid the continued evacuation of troops, diplomats and civilians.

A second explosion hit near a hotel situated near the airport and used by British and US forces. Reporters citing unnamed State Department officials said that ‘four or more’ US troops have been wounded.

Separately, a Taliban official has said that up to 13 people had been killed, including children. Over a dozen injuries have also been reported.

Pentagon spokesman John Kirby has confirmed via Twitter that an explosion took place, and said the attacks caused “an unknown number of casualties”.

A US official source told media that casualties are expected to increase based on initial information.

An informed source told CNN that President Joe Biden has been made aware of the incident. Turkey’s Defense Ministry confirmed the explosions, and indicated that Turkish forces were not affected.

Unauthenticated photos from the scene show blood-soaked civilians being led out of the affected area near the airport and hotel.

France’s ambassador to Afghanistan asked people in the vicinity of the airport to leave the area immediately after the first explosion, fearing that another blast was possible.

The terrorist incident led to a halt in the evacuation process.

🇦🇫🇬🇧⚡Explosion #Video appears to have happened near Baron Hotel across from Kabul airport. Baron was used largely by British forces. Many injured.#Afghanistan #KabulAiport pic.twitter.com/ZLfbU5vQzq

Terrible scenes from outside the emergency hospital in Kabul via ⁦@TOLOnews⁩ pic.twitter.com/J7sU4w70jX